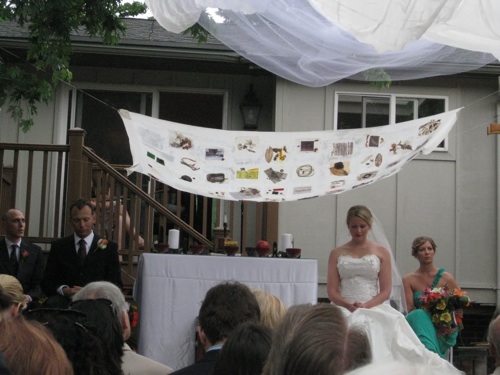 The crafty blog Tigerlily Tinkering explains how to make a chuppah — the canopy under which a Jewish bride and groom stand (or, as in the photo above, sit) during their wedding ceremony — that displays significant objects between sheets of silk.

Fourteenth in an occasional series.

One thought on “Significant Objects Meme (14)”