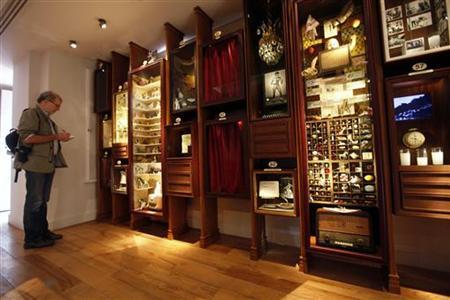 In a recent Design Observer post, Rick Poynor visits Istanbul’s Museum of Innocence, founded in April of this year by Turkish novelist Orhan Pamuk, and flatteringly describes it as “a fabulously extended example of Rob Walker and Joshua Glenn’s ‘Significant Object’ genre of writing — in this case, a vast system of objects constitutes a fully realized fictional world, where every item, wherever it happened to come from, acquires a new backstory.” Thanks, Rick!

We’re also grateful to Bruce Sterling for spreading this meme (Significant Objects as a literary genre) via his Wired blog, Beyond the Beyond.

One thought on “Significant Objects Meme (27)”