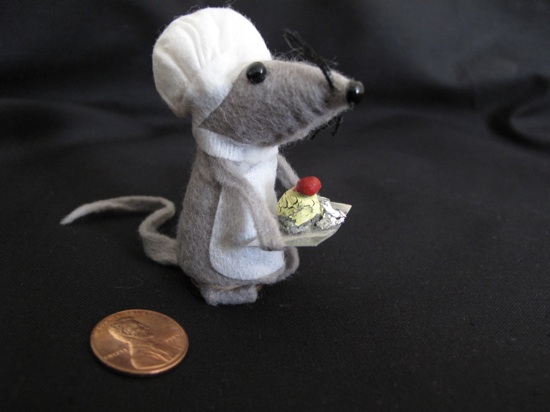 [The auction for this Significant Object, with story by Meghan O’Rourke, has ended. Original price: 50 cents. Final price: $62. ]

After my mother died, a stranger emailed me. He told me that my mother had been the most important person in his life. They went to Catholic school together. He was unpopular, she was popular; he was a bad student, she was a good student; he was a football player; she was a cheerleader. Though he wasn’t in her clique, one night at a dance, she came up to him while “Hey Jude” was playing and asked him to dance. Something clicked.

They told each other everything, walking home from school carrying books, talking on the phone for hours at night, to the annoyance of siblings and parents. (This was before call waiting.) One day after school they went to the beach club and swam in the ocean for hours, talking, sitting on the rope buoys. Her lips got blue. He told her they should go in, but sitting on the furthest buoy, she said, let’s just stay out here a while longer. The two of them sat together under the big sky, listening to the cries of the birds, as if they were made for water.

The other boys in her clique got annoyed that my mother was spending so much time with this guy. One of them tackled him hard during football practice and broke his wrist. So this guy decided, with regret, it was time for him to leave my mother alone. First, though, he made her Mario, the baker mouse. It took him three days of work after school. Mario is made of soft felt, string, and paper. If his feet are not really there, that is because this young man was not much of an artist.

When I was a child, my mother used to keep Mario on a shelf near the oven. Sometimes I would play with him. She told me that Mario was magic; in the night, he made muffins light as manna and delicate as silver. If you happened to sleepwalk into the kitchen, you could eat the muffins, but they disappeared by morning. I always hoped I might sleepwalk, because the muffins, my mother said, cast a spell on you. If you ate one, your dreams would be vivid. You would feel light and airy when you wake, not tired. You would finally remember that feeling which always seemed like a secret you couldn’t name, and carry it around with you.

Soon after the man gave Mario to my mother, she met my father.  She married my father a year later, when she was 17. There was nothing more between my mother and this man. Then one day last year, he Googled my mother. He saw her death notice. And he contacted me to tell me about Mario.

For these reasons, I believe Mario is good luck. He is made out of feelings as much as he is made of felt. And his favorite thing to bake is red velvet cupcakes.

Meghan O'Rourke is the author of Halflife, a book of poems.