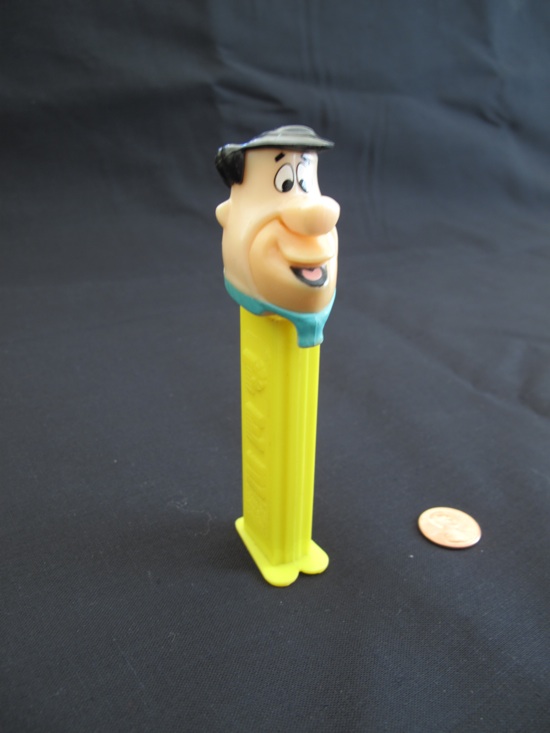 [The auction for this Significant Object, with story by Claire Zulkey, has ended. Original price: 50 cents. Final price: $5.50.]

Apparently, people collect these things. I’m not sure I understand why. Is it for the candy? I find that hard to believe. There are so many better candies than Pez that it’s not even funny. Me, I’d rather eat a sugar cube than a Pez (or do you say “a piece of Pez?”) And the loading! Forget about it.

Perhaps people collect them just for the sake of collecting. Again, I don’t get it. I just think of all those dispensers lined up on some cheap cabinet or dresser, falling over with the slightest disturbance, knocking each other down, lying there in a pile, collecting dust… it makes me sad, and a little irrationally angry.

But you see, this particular Pez dispenser just reminds me so much of my father. An old boyfriend gave it to me for a Valentine’s Day present, and while I think he meant to give it to me to facilitate a breakup (i.e., “Here’s a terrible present clearly indicating how much I don’t care for you so why don’t you just dump me already?”), I was quite taken with it.

My father left my family when I was seventeen, and I thought I had put him out of my mind but this dispenser just brought him right back. His teal shirts. His oddly-shaped ears. The strange, simple expression that conveys both happiness and pitiful stupidity. The thing about this Pez dispenser is, I felt like someday it was going to help me decide if I miss my dad, or if I’m just really glad that he’s out of my life. If I looked hard enough at it, I’d know.

On a side note, he may have had a dumb expression on his face most of the time, but my God, did Dad have a head of hair on him or what?