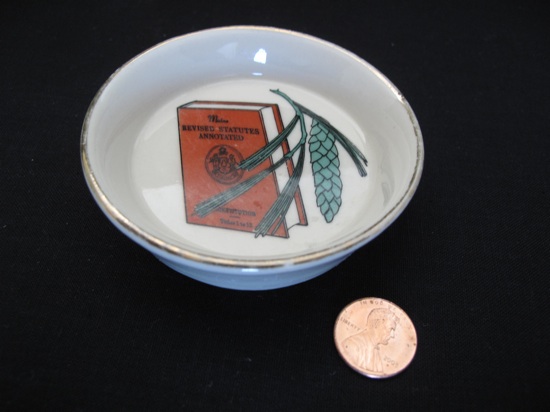 [The auction for this Significant Object, with story by Ben Katchor, has ended. Original price: 50 cents. Final price: $42.]

This beautiful, but slightly worn, example of early 20th century porcelain “bookware” was manufactured and distributed free-of-charge along with newly printed copies of the Maine Revised Statutes Annotated — a dreary compendium of state laws.

This example, formed in the style of a small, shallow aperitif or snack dish, holds fifty salted peanuts. It was meant to encourage lawyers and public advocates to acquaint themselves with the latest revisions to state law. On one dishful of peanuts, a reader could make his way through several Titles and Chapters of the book.

This example of “bookware” cemented the connection between justice and eating within the professional classes of Maine. Each chapter was keyed to an estimated number of peanuts. The worn edge of the dish is evidence of the late-night reading of an overweight small-town lawyer. 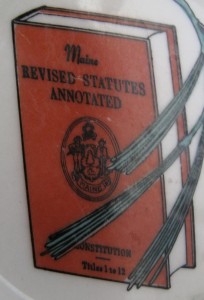 Ben Katchor is an artist/writer on the faculty of Parsons The New School for Design in NYC.