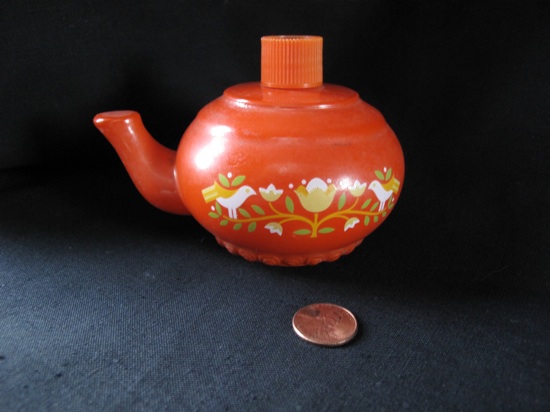 [The auction for this Significant Object, with story by Damion Searls, has ended. Original price: $1. Final price: $59. This is part one of a five-story teamup with the literary magazine The Believer. Proceeds from this auction go to Girls Write Now.]

She had gotten used to the long subway ride, the 3 uptown and past uptown to what came after. She usually saw patients in her office near NYU, but Damien Toussaint was admitted to Mercy’s the week of the earthquake and she treated him there, then thought she’d keep seeing him somewhere familiar for their follow-ups after he was discharged.

His parents lived in Port-au-Prince; both his aunts and all his cousins were visiting from Jakmèl and Les Cayes to help with the preparations for their 40th anniversary. It took three days after the quake to get a call through from New York and find out that the roof had collapsed and killed the whole family. The aunts’ houses were undamaged, any other week they and the cousins, who rarely traveled, would have survived. Two days later Toussaint was admitted to the hospital. She and Toussaint didn’t talk about his family — there were psychological counselors for that. Her job was physical therapy. He was unable to unclench his shoulders or his fists, the back pain was crippling, he couldn’t drive his taxi and couldn’t sleep at night except for a few minutes when his body finally collapsed. He woke himself up with the sound of his teeth grinding.

After his discharge, three weeks later, Toussaint gave her a present. She usually refused these gestures from patients but she could tell it was important to him that she take it, that he be able to do something for someone. It looked like it came from a 99¢ store but there was something jolly about it, and several times on the long subway ride back she took it out of her purse and looked at it, turning it over in her lap, her face in a frown of what was probably only concentration.

She poured the liquid into the bathtub. The lemon scent had a stinging, artificial note — maybe it had spoiled in the years since manufacture? Assuming the little tangerine still had its original contents, not a refill. Does bubble bath go bad? If artificial lemon scent smells so different from real lemons, why do we perceive it as lemon at all? Her mind wandered. She was tired, she soaped her stomach and breasts, she soaked her sore wrists. She didn’t usually take baths after work; it was so she could use her present, it was because of Toussaint’s gift. It was his gift. She tried to imagine him happy about it, which was easy, people always like doing something nice. She had a theory that this was the most selfish part about wanting to get married — people marry because they want someone around all the time that they can be nice to.

After dinner alone in the apartment she went out. That was the night she met me. I recognized her from the train that day, sitting across from me with a little orange knick-knack in her hand. She was as beautiful all those years ago as she is tonight. 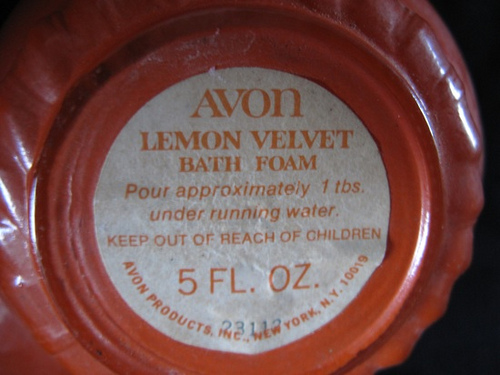 Damion Searls is the author of What We Were Doing and Where We Were Going (stories) and his writing has been published in The Believer, Brick, McSweeney's Internet Tendency, n+1, The Paris Review, Vice, and elsewhere. He is the editor of Thoreau's Journal (NYRB Classics) and a translator of writers including Rilke, Proust, Robert Walser, Ingeborg Bachmann, Thomas Bernhard, the Norwegian writer Jon Fosse, and the Dutch writer Nescio. Information and excerpts at www.damionsearls.com.

One thought on “Bubblebath Teapot”