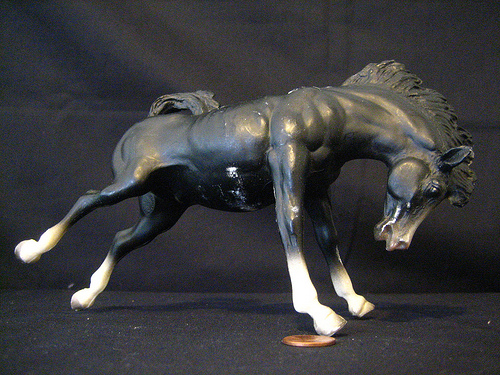 [This is the third installment in a four-part story by the members of Kasper Hauser. The auction for this object, with story by Dan Klein, has ended. Original price: 50 cents. Final price: $38.50. Significant Objects will donate the proceeds of this auction to Girls Write Now.]

I commissioned this sculpture of Fries n’ a Shake in 1990, or thereabouts. He was a great horse. A zoo horse. The sculpture commemorates the moment Fries n’ a Shake realized that zoos are a godsend and that work sucks. This is him kicking down the doors to get back in. I saw this happen while I was hosing down some lizards, and it made a huge impression on me.

Two days later is the day that Joanie left me the origami note. She and Dad were gone. The oldest girlfriend I ever had. But at least I had a new mission in life: a zoo that wasn’t racist against livestock. 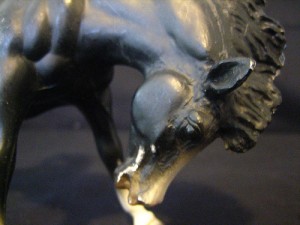 Dan Klein teaches creative collaboration at Stanford University, as well as in corporations around the world. He is a member of the comedy group Kasper Hauser, authors of SkyMaul, Weddings of the Times, and Obama's Blackberry.