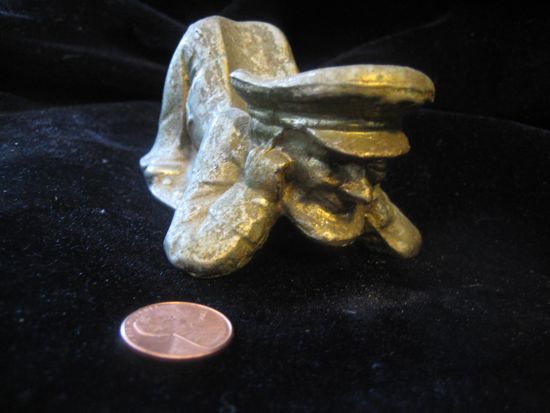 [The auction for this Significant Object, with story by Michael Atkinson, has ended. Original price: 34 cents. Final price: $21.50. ]

… Somebody’s grandfather’s pipe stand, back when men smoked pipes that they cared to buy handcrafted out of specific hardwoods, made by Europeans, maybe old  artisans they found in narrow-street shops while away at war as young men, all grandfathers now or actually grandfathers years back, they’re all dead now of course, but the pipes weren’t made in a factory but at a bench, carved and sanded, out of walnut or teak or rosewood, and so you’d buy one and take it home and it was your mark as a man, your insignia, your totem, the tobacco and smoke was beside the point but that too came infused with Mitteleuropa, suggesting in herbal ways a day when people smoked grape leaves and sassafras and cherry stones with their tobacco, things they picked and dried themselves or had their wives do it while the men were out plowing or hammering horseshoes or hunting faun, the Alps in the distance, the beer in wooden barrels, the afternoon gathering and talk at the public house, so you’d have this pipe and you’d need a place to put it or it will tip and its soot will spill, and a grandchild buys you a stand, a molded little brick of pig iron in the shape of a sea captain rather peculiarly bent over, as if expecting to be spanked or buggered, and whichever it is he does not seem adverse to it, he smiles, but however odd his position the sea captain in his Mackintosh seems grandfatherly to the preadolescent who buys it from the novelty shop for two weeks’ allowance, as her grandfather’s birthday approaches and she dreams ahead of wrapping it, after gliding her hand a few times down the cool swale of its cradle, and giving it to him as he takes his chair in the living room before the ballgame begins, and she can climb into his lap and he will see for certain that she is not just a girl he should love because she is his granddaughter but a special and smart and unusually thoughtful girl, the kind that can take care of things and keep the world running even after he passes and his pipe is settled and his worries have long vanished along with his smell and his voice and the watery fondness of his eyes. 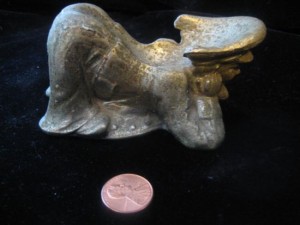