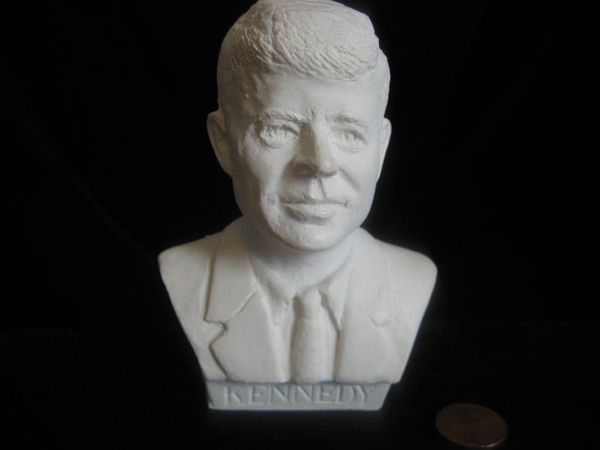 [Bidding on this Significant Object, with story by Annie Nocenti, has ended. Original price: $2.99. Final price: $26.]

I’m long off the vine. Eighty, truth be told. I refuse to be one of those biddies that dies with clutter. Found drooling in a wing-back, her thousand-strong frog collection eyeballing her. My clutter is for sale. I was a housewife in the Fifties, so there were various disappointments, which led to… various remedies. But that kind of clutter is not up for sale, and certainly not worth the price.

Let me see here… Salt Lick JFK. When I was thirty and Edith was eight, we’d go into the department store, and she’d rush up and down the aisles licking everything that took her fancy. She was a terrible embarrassment to me. I’d dig my fingernails into her until her arm glowed with a row of red crescent moons. But that little tumbleweed would twist out of my grip and be off licking a ceramic gnome or Easter egg or whatnot. I took her to the doctor and he said it was a “compulsion” she’d grow out of. She didn’t, but that’s another story.

One day Edith licked JFK and said, “It doesn’t need salt.” Turns out she had good taste. Most of the junk Edith licked turned out to be collectibles. Those pre-assassination JFK Salt Lick heads went on to be very popular after ’63. We used the head for a school report. Turns out salt licks are cosmic, from some divine cow of Norse mythology descended from one-eyed Odin. Salt licks have a certain… resurrection quality, not that that helped poor JFK. Cows quite like them. I can’t promise this one is unadulterated. But it’s got history. 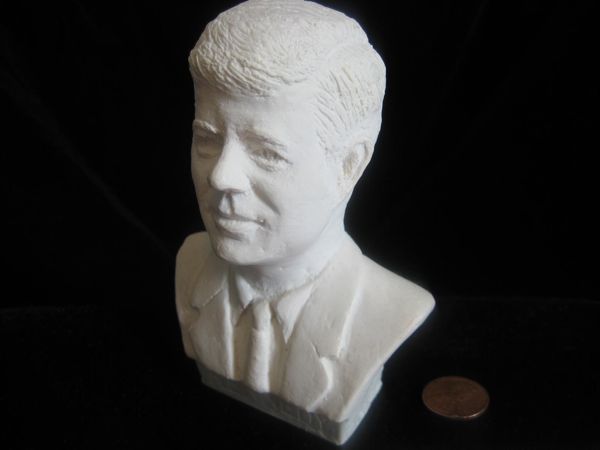 Annie Nocenti is a journalist and screenwriter. She shot two films in Baluchistan and currently teaches film in Haiti.