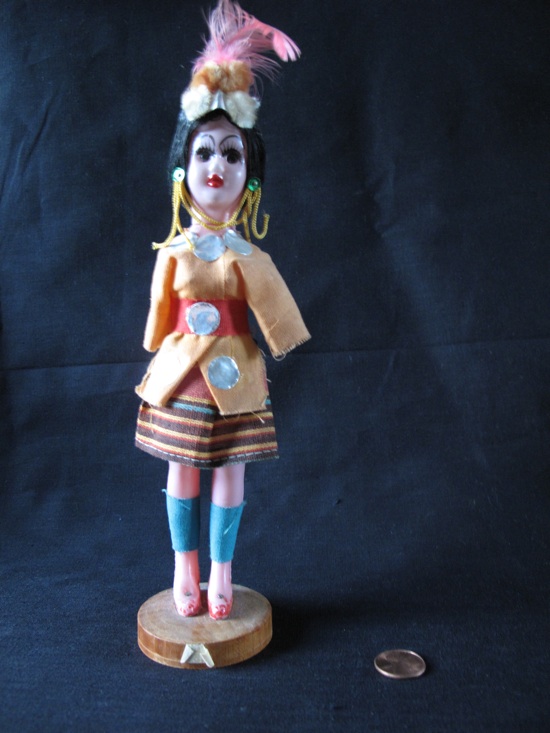 Annie won the doll after a giddy round of skee ball. A stooped man behind the dirty balls handed her the doll and she pushed it into my hand as she rambled over to the tilt-a-whirl with her brother. I held it by its feathered boa at arm’s length as if getting any closer would have induced a pox outbreak. I studied it as I watched the two of them tilt and whirl and bicker like an old married couple.

I couldn’t be sure of its nationality – it could have been Mexican, South American, even Indian? It seemed an amalgamation of nationalities, as if its creator had been harshly commanded: “I want a doll and make it colorful and enticing. What?? I don’t give a shit where it’s from!”

And its sexual inclination? Ambiguous at best: the eyelashes, painted by Liza Minnelli’s understudy? Or the lips: rotting guavas mashed by the fist of an angry Mexican servant? And those thick, blue bandages, covering the hurt of the world. Of course I tore them off – and what do you think I found? Pustules — rotten and mean like a festering mob of little elves. Then, I heard a small cry and looked up at her face.

“Señorita (oh, we have discovered her origins!),” she said, “I am lost. Please, I beg you, por favor, to return me to the suburbs.” “What are your wounds?” I asked gingerly, fearing she would leap out of my arms and run towards the tilt-a-whirl and get crushed, her little plastic limbs coiled violently within its gears. She answered solemnly, her red lips swaying from the heavy words. “I punish myself for seeking fama – la fama y fortuna! The goat’s parade – the lights, the smell of swollen Chorizo!”

The kids had just gotten off the ride and were dizzy; they grabbed my sleeves and laughed like wild hyenas. Annie seemed to have forgotten about the doll and rushed towards a cage full of bears. Later, I dropped the doll on a side street in town across from a simple house with a clean wooden fence. She smiled, her feather boa now drooped like a sickly flamingo, and limped gracelessly down the stone path to the door. 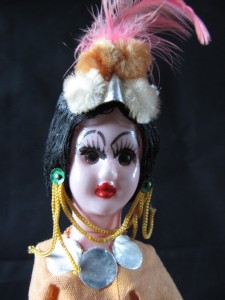 Shelagh Power-Chopra is a writer also obsessed with objects, more of her work can be read at saidobject.com.