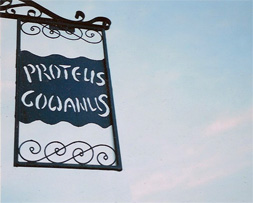 The Brooklyn-based Proteus Gowanus gallery recently announced an exhibition on “The Migration of Objects.” They’ve sent out a call for submissions. Here’s the idea:

When we think about migration (as we have been doing all year), we tend to focus on people and creatures, the mobile inhabitants of the planet. But life and motion create products and byproducts: tools, waste, the implements of culture. These are often the things that drive us onward in our migrations. Their stories are ineluctably connected with our own. At the points where our stories intersect with obects, much is revealed, not only about our personal trajectories but also about our precarious relationship with the environment.

Do you have an object whose story you would like to share? An heirloom, an artwork, a toothbrush, a stone? An object which has inspired you, dominated you, educated you, exalted or degraded you? For our second exhibition of the Migration year, we invite you to lend us your object and include with it everything you know about its migratory story.

These objects will be our starting point for a three-month exploration of the Migration of Objects. We will view them as independent beings with stories of their own, stories that began before the object’s encounter with you and that will likely continue long after you part. Your story of the object may start with you but may necessarily migrate into the economic, the industrial, the political, the historical, the geologic, the environmental and so on.

If accepted, Proteus Gowanus will send you instructions on how to document your story and when to drop off your Object and story.