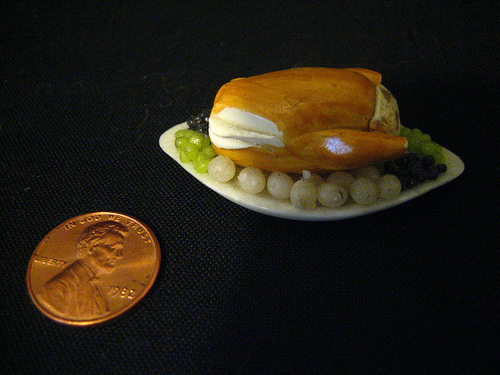 [The auction for this object, with story by Jenny Offill, has ended. Original price: free. Final price: $30.00. Significant Objects will donate the proceeds from this auction to Girls Write Now.]

“Everything that has eyes will cease to see,” says the man on the television. He looks credentialed. His hair has a dark gleam to it. His voice is like the voices of those people who hand out flyers on the subway, but he’s not talking about God or the government.

“When is everyone coming?” my daughter says. “Isn’t everyone coming?” She drags her dollhouse out of her room and begins arranging and rearranging the dining room chairs. It is hard to make them as they should be, it seems. One is always askew. She is so solemn, my little girl. So solemn and precise. Carefully, she places the tiny turkey in the center of the table. It is golden brown. Someone has carved a perfect flap in it. Why, I wonder. Why must everything have already begun? “Hurry,” she murmurs as she works. “Hurry, hurry!”

The credentialed man is talking about the heavens now, about their most ruinous movements. The time lapse shows a field of plants perishing, a mother and child blown away by a wave of red light. Something distant and imperfectly understood is to blame for this. But the odds against it are encouraging. Astronomical even.

Still, I won’t be happy until I know the name of this thing. 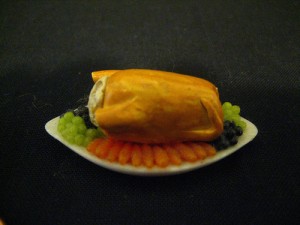 Jenny Offill is the author of the novel, Last Things.