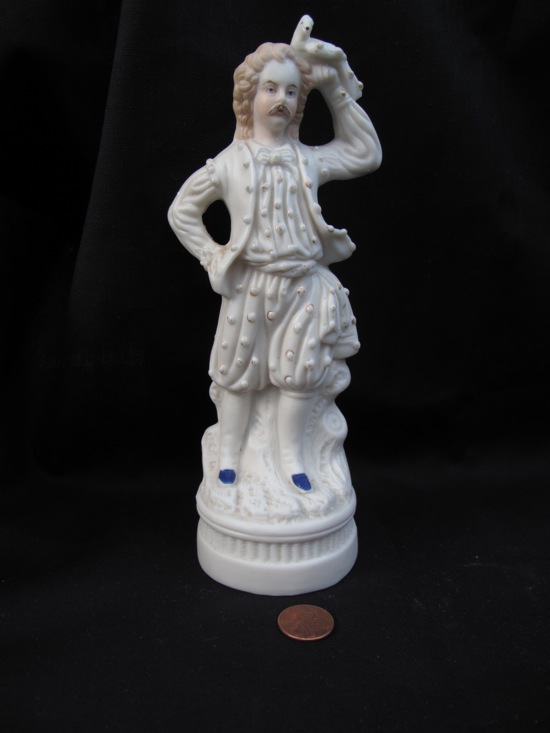 [The auction for this Significant Object, with story by Rob Baedeker, has ended. Original price: $1. Final price: $17.82.]

This is a porcelain statuette of the Baron Von Blauheimer holding a “peace dove” on his cocked fist.

The statuette dates from the 1980s, but it is modeled after a real historical figure from an earlier time — the 1970s. The man is my uncle, Ray-Ray “The Baron” Von Blauheimer, and he is depicted here in his full baron regalia, which doubled as his only clothes.

In the 1970s it was still rare for a grown man to go to work in a lace cravat and petticoat breeches, especially if that man, like Ray-Ray, worked as a garbage collector for the City of Newark, NJ.

Ray-Ray was a bundle of contradictions: sensitive but hard-edged; coquettish yet vengeful; fastidious but filthy. A compassionate civil rights activist, he was also a bodybuilder who delighted in beating up hippies.

Uncle Ray-Ray ordered this statuette of himself through a Chinese toy company whose advertisement he found in the back of a Beetle ‘n’ Bonsai magazine. The statuette was modeled after a full-size chainsaw sculpture self-portrait that Ray-Ray made one night when he was loaded on strawberry daiquiris. He sent the photo to the company, Wen Hong Toy, and they produced the custom miniature. The paint — the matching blue touches on the shoes and eyes, the brown strokes on the moustache and eyebrows, and the faint blush on the cheeks — was added by Ray-Ray himself, on another night when he got shellacked and weepy on frozen mango margaritas.

This item is in “Very Fine” to “Very Horrible” condition, depending on your values.

There is a small chip in the dove’s head from when Uncle Ray-Ray threw the statuette at the television during Ronald Reagan’s second inaugural address. 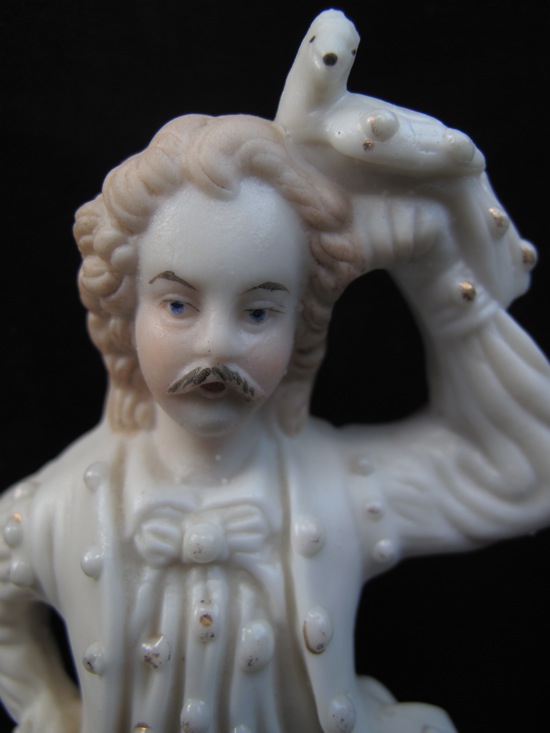 Rob Baedeker is a writer and performer living in Oakland, CA. He is a member of the comedy group Kasper Hauser, authors of SkyMaul: Happy Crap You Can Buy from a Plane , Weddings of the Times: A Parody (Kasper Hauser Comedy Group), and Obama's BlackBerry.