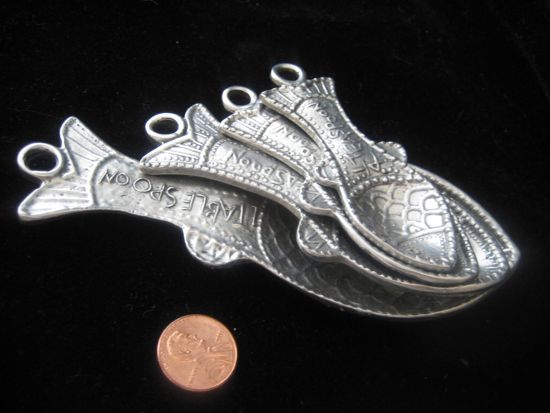 [The auction for this Significant Object, with story by Mark Doty, has ended. Original price: $2.99. Final price: $76.]

As a young man I read a poem I’ve never run across again since. I found it in the school library. If you already knew what you wanted in this haphazard collection, you were sunk, but if you spent time pulling things off the high, not-much-visited steps, you could get lucky.

The poem was Anglo-Saxon, a riddle, and it had to do with cold armor that never clanked, with chain mail that moved with a strange fluidity, as if it were made of mercury – though I’m sure I’ve added that detail, in memory. The Anglo-Saxons didn’t have mercury, did they? Or maybe they did.

I think what I liked best about the poem was the feeling of things moving in darkness, beneath the surface, not at all troubled about being in the dark.  That and something about the allure of ancient silver, that there were mines, somewhere in the far mountains, and people had learnt the methods of refining the hidden ore and bringing the malleable shining stuff into the light.

Which does not exactly explain why I stole the spoons. It was an outdoor fair, at the end of September, in a field that belonged to the Kiwanis, rented out on weekends for carnivals or farmers’ markets or, this day, the big rows of tables on which the collectors had arrayed their stuff. It seems obvious now, but it had never occurred to me that practically everything here had belonged to someone, perhaps several people, and that most of those people were dead. It was all here to be redistributed to some new place, for a while.

I was fifteen, I didn’t have any money, but it would be false to say that’s why I took them. I never looked at the price tag. I acted on impulse; I saw them, from a few feet away, and felt as if I was suddenly a little off balance. I moved toward them directly, peripherally aware that the woman who minded the goods was turned in another direction, to help a customer who was considering the purchase of pottery jug. I put my hand over the cluster of spoons – they were nestled one into another, like silver fish who each had swallowed a smaller member of their tribe – and slipped them into my jacket pocket.

And then what? I couldn’t show them to anyone. I was a little ashamed of stealing them, but that feeling was not as strong as my pleasure, when I could lift them from the back of my sock drawer, and peel back the tissue paper I’d wrapped them in, and study this private token I’d come to possess. 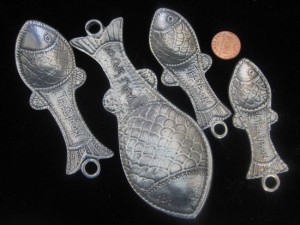 Mark Doty's Fire To Fire: New and Selected Poems won the National Book Award in 2008. He teaches at Rutgers University.

One thought on “Fish Spoons”