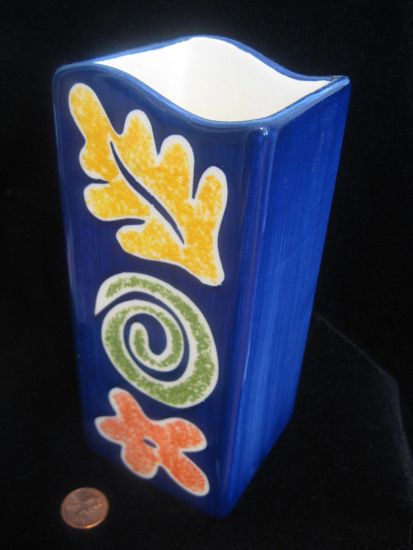 [The auction for this Significant Object, with story by Lauren Mechling, has ended. Original price: $2. Final price: $30.]

It was during Charlotte Sanger and Georgia Howard’s punk period — which actually had nothing to do with music and everything to do with mustard nailpolish and slinking away from Pine Ridge High School ‘s mandatory double-period orchestra — that Charlotte spotted her mother in the front of the Pine View movie theater, waiting for the lights to dim and the 11:50 a.m. screening of Wayne’s World to begin. She was feeding herself popcorn, her right arm windshield wipering in unthinkingly perfect time.

“Crap.” Charlotte instinctively pulled her REM sweatshirt hood over her head. The last thing she needed was a run-in with her mother, who’d just last week moved up her curfew in response to her B minus in English.

Georgia, who’d pulled a zine out of her backpack, had no idea what was going on. And, come to think of it, neither did Charlotte. What on earth was her mother doing at a Wayne’s World screening when she had a deadline she’s been bitching about all week? Was she having an affair? Dread pooled in Charlotte’s stomach, but when she leaned a few inches further up and got a better picture of her mother, she wished the answer had been so tacky and simple.  She was eating the popcorn out of the blue family vase, the same clumpy one that was on permanent display on the living room mantel, next to the photograph of Charlotte and her brother, Dec. The popcorn carton was nowhere in sight — it must have been on the seat next to her, or the floor. Christ.

Had the vase been vaguely attractive, that might have explained it — her mother was a fan of “dressing to impress” and storing Nilla wafers in a crystal cookie jar. But that wasn’t it. Transferring popcorn to a weird case was just about the least impressive thing a suburban mother could do. Christ, Charlotte thought again. Her mother was going insane.

Charlotte and Georgia left before the movie was over — orchestra was one thing, but they couldn’t afford to miss 7th period. The rest of the day, Charlotte felt a shade of blue that was new to her. There were no hues of anger or hysteria or self-congratulation. Just blue.

When she came home that afternoon, she was expecting to find some sort of catastrophe. But Dec was watching “Family Ties” and her mother was upstairs, working on a drawing, per usual. The vase was in its rightful place, in all its lumpen glory.

It’s remained there to this day. Her mother has continued to function— there have been no signs of lunacy. And every winter, when Charlotte returns home, she waits until she’s alone in the living room to share a meaningful moment with the vase. Your mother is going to unravel, it tells her. All it will take is the tug of one thread.