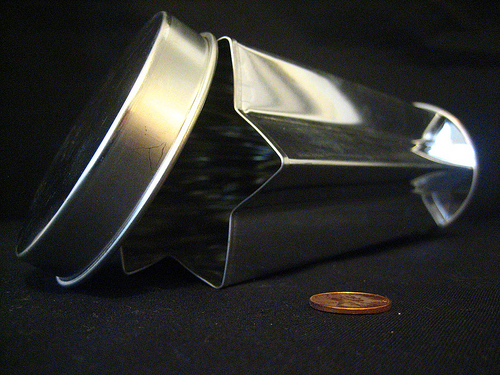 [The auction for this object, with story by Scott Boylston, has ended. Original price: $1.99. Final price: $9.50. Significant Objects will donate proceeds from this auction to Girls Write Now.]

It’s not nearly as kinky as it sounds. I mean, jokes are meant to tweak reality a little, after all, right? Anyone might have done the same thing just for kicks, if they’d only open themselves up to the creative moment. And, really, if they can’t, then they’re drips, and they can go piss off, plain and simple.

I can’t remember where my wife got it: Maybe from her brood in Dallas, or maybe something one of her dad’s renters left behind.  Frankly, it’s not the kind of thing I keep in long-term memory.

So, there it was, in the bedroom—in the frickin’ bedroom, of all places. I hadn’t seen it in so long I had forgotten we even had it; why she insisted in keeping it all these years; and even how it got that godforsaken crack on the edge. I also didn’t give it much thought as to why it was on the bedstead; maybe Rosa left it out while cleaning, maybe my wife re-discovered its lost magic—whatever that had been—and was going to use it for her incense or some such thing.  What I’m saying is, who the hell knows how these things happen.

So, out of the shower I strut. I throw the towel aside to get her Texas giggle going, and she can see right away I’m open for business. Microsoft, it’s not…in either sense of the word, if you know what I mean. She does her usual feint, “My Word, Bill…”  Then I see the canister glinting in the dim light, and think, yeah, why not? What a trip, right? A shining knight; a glinting castle on the hill; a totem of exquisite starlight (yeah, I can be poetic).

I say to her, “You wanna see some innovative hardware?” and I flip one of the tops off. Then I give the canister a good ol’ Tom Cruise Cocktail swirl and bring it down right onto Sir William.

My instincts have made me what I am, so I don’t ever question them. What’s done is done, and move on from there. But curse that frickin’ crack. Curse that tiny, frickin’ nick on the edge. Who could’ve ever guessed it could do so much damage? And that was nothing compared to when I pulled it off. I don’t give a flying twig what it ever meant to my wife. I threw the frickin’ thing out myself just as soon as Melinda stopped the bleeding, and I managed to get off the floor. 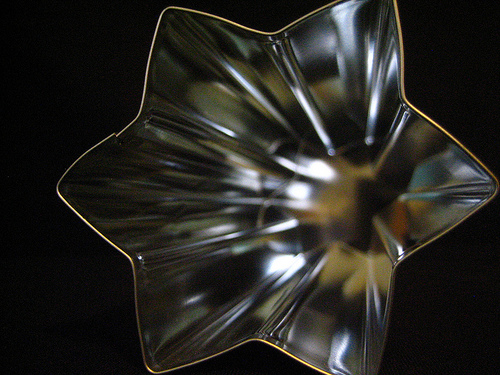 Scott Boylston is the author of two design books, a book of poems, and numerous short stories. He teaches graphic design and sustainable design at SCAD.

2 thoughts on “Star Can”