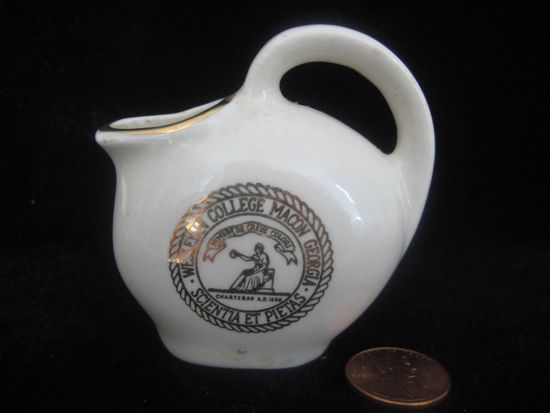 Object No. 5 of 5: Epistolary Week

[The auction for this Significant Object, with story by Joe Meno, has ended. Original price: 50 cents. Final  price: $48.50. This is part of a series of five epistolary stories guest-curated by Ben Greenman. Proceeds from this auction will go to One Story.]

(A note found in grandfather’s chest of drawers.)

Prologue: On the green-twigged outskirts of Macon, Georgia, one Mister Bradley Granger meets the fair, emerald-eyed Miss Melissa Stuart at a cotillion when she perchances to drop a white handkerchief. Courtesies are exchanged. Miss Stuart’s dance card, as it turns out, is full. But under a cowardly moon, said handkerchief is pressed into Mister Granger’s hand as a token of mutual admiration. Bradley Granger, an orphan, nearly eighteen, holds the perfumed handkerchief to his face, repeating the young girl’s name on his long walk home, issuing romantic vows to cloudless stars.

Chapter One: The very next day, the entire city of Macon, Georgia declares itself a sovereign nation, some ten years before the War Between the States (1861-65), through a poorly-worded telegraph sent to President Zachary Taylor’s attention.

Chapter Two: Bradley Granger is pressed into military service. Because of his social standing and his dead father’s renowned fearlessness during the War of 1812, he is appointed as a junior grade lieutenant.

Chapter Three: Bradley Granger kisses Melissa Stuart beneath a gum tree and declares his intentions to return to her after the war is finished. Once he rides off, all she can remember is the smell of cordite and smoke.

Chapter Four: Soon after, Melissa Stuart begins her course of schooling at Wesleyan College against her parents’ wishes, as it is the first college of its kind to grant degrees to women. Her studies include field dressing a head wound and how to tie a proper tourniquet.

Chapter Five: Supplies in the city become drastically limited: and so it is decided that everything will continue to be produced but in complete miniature. Canons, horse carriages, parasols, candlesticks, pistols, hats, spectacles, rain barrels, vases, all of it the same but one tenth the actual size. This does not bode well for a poorly-armed Macon militia.

Chapter Six: During his first raid against the Federalists, Bradley’s tiny rifle misfires, and he loses the use of his left eye. His is indefatigable however and, on horseback, he leads his men to burn a Federal encampment to the ground, using very small torches. Miss Melissa Stuart writes miniature love letter after miniature love letter to her beloved, asking him to please be safe. Bradley keeps this small letters in the cuff of his left sleeve.

Chapter Seven: Bradley is shot through the shoulder by a Federal soldier riding a dun-colored roan. He falls into the Macon Creek. Bradley’s horse, Up-and-away, finds him downstream. In his agony, Bradley takes the reins, and is dragged to a nearby cave where he hopes to recover.

Chapter Eight: Miss Melissa Stuart’s miniature letters are found amongst the trenches of the dead Maconite soldiers. Who can assume anything but the worst in moments such as this?

Chapter Nine: Thinking her beloved is dead, Miss Melissa Stuart accepts neighbor John Handley’s marriage proposal. Bradley returns to town, leaning on a crutch made of rough-hewn branches. A duel is fought between Bradley and John, their weapons rapiers one tenth the normal size. Parry. Riposte. John Handley is dead. Overcome by his feelings of guilt, Bradley retreats to the woods, where he attempts suicide, but the miniature pistol he holds to his head only causes minor harm to his right ear.

Chapter Ten: The city of Macon burns to the ground and soon after issues its surrender.

Epilogue: Bradley and Melissa are reunited and ride off to the north astride a very small horse.

Joe Meno is the author of two short story collections and five novels including The Great Perhaps.