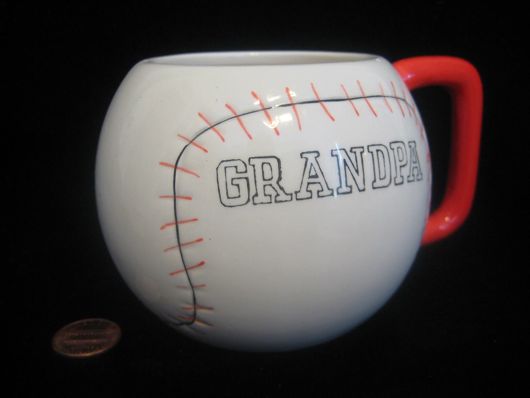 Significant Objects X Litquake: No. 3 of 5

Just because your employer happens to be a billionaire doesn’t mean you aren’t still a regular person, who might enjoy talking about his commute. Or the totally interesting things Rodney down the hall reports back from the food blogs he reads all day, every day. Or how these souvenir company mugs under your desk might sometimes get in the way of you stretching your legs, but mostly they remind you of the five great years you’ve spent here, with a salary that hasn’t changed, which is a totally handy fact at tax time.

But people only want to hear about the billionaire stuff. I’m happy to get it out of the way up front:

Yes, Obama calls on his birthday.

No, no security lines when he flies on his private jet.

Yes, he once brought a bunch of those black rhinos to his private island, but only once.

No, it’s not like that Harper’s thing you read, where it’s not worth his time to bend down and pick up a hundred dollar bill on the sidewalk. Billionaires don’t really use the sidewalk much in the first place.

Yes, if you have enough money, you can have Beyoncé pop out of a cake on your birthday if you want, with Justin Bieber on her shoulders, singing in a Scottish accent about gerbils with alopecia, if that’s your particular interest. You could have them do it every day. Billionaires aren’t like millionaires, even though it rhymes. Try out one of those compound interest calculators online — it’s pretty much impossible for billionaires to run out of money.

But still, I wonder if their employees should really Google fava crostini all day? Years ago, before either of us worked here, Rodney was my college roommate. He had deep-set, scheming eyes, like a possum. I mean that in a totally good way. When we ran into each other years later, he said he liked my shoes, and asked if I’d help him get a job like me at the billionaire’s company. On his first day he wore sunglasses indoors and informed us no offense but he wasn’t made to be a peon — he was going to convince our employer to open a 2,000-acre theme park dedicated to the two beloved American institutions, baseball and grandparents. Okay! I said. There’s no such thing as a bad idea, my mother always told me.

She was right! The week Double Awesome World eclipsed Disneyland, Rodney made VP, and was sent to Dubai for two weeks to celebrate. The camel’s milk chocolate was amazing, I hear. Was there an equally generous billionaire-ish thank-you for the person who got Rodney hired in the first place? Forty Double Awesome World souvenir mugs showed up on my desk just before he got back. People ask how I managed to accidentally break most of them that first night. That’s not the point, though. The point is I have one left, and if I’m totally honest, I don’t see myself using it.

Chris Colin is the author of What Really Happened to the Class of '93, and a frequent New York Times contributor.