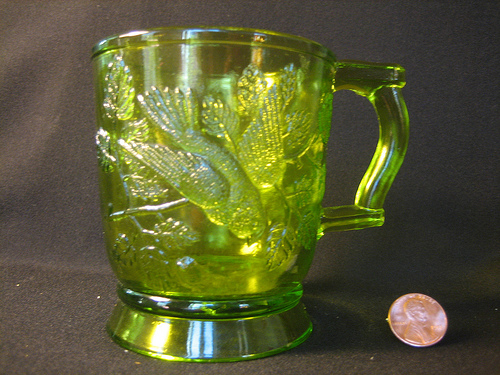 Back then, I taught introductory drawing at East Memphis Community College to save enough money for an engagement ring. Iris and I set our wedding for July. But two weeks before our wedding, Gomez and Olive reappeared, saying they’d eloped to Eureka Springs, and were back from honeymooning and ready to party. Olive bartended at Tilsson’s Bar, and Iris and others spent the day gussying up the bar with spangle and fabric. Tilsson announced all drinks were on the house. Gomez’s mother came down and danced all night to the jukebox before driving half-drunk back north to Moline.

Gomez and I stepped outside for a smoke. The old woman next door had just died; her children piled up what they didn’t want on the sidewalk. I stooped down to pick up two identical chartreuse glass cups. I thought the texture and tint of the cups, though mass-produced—probably a New Brunswick manufactory, late-60s—was the sort of thing you don’t see much anymore. “The dove of love,” I said, pointing at the bird on the glass.

“Here,” I said, offering him one. “My wedding present to you. I’ll keep the other one. We’ll toast each other at our anniversaries with these glasses.”

“I look forward to that,” he said.

“But Gomez,” I said. “I’m still puzzled how it all came together. I mean, you and Olive fell in love so deeply, so suddenly.”

“One afternoon,” he said, “we were in my apartment, skipping work to make love. I looked up from Olive and saw, through the window, a housepainter leering down from his ladder. I leapt to my feet, shouting, and the housepainter took a step back, lost his footing, and fell. Air-conditioner, fence, bricks. I threw on my robe and ran outside. Poor guy, bleeding, moaning. I wanted to beat him up anyway, but Olive was calling 911. The guy can hardly talk, but he says, and I swear: lucky. And I realized he was right. I am lucky. I’d always thought I wasn’t. I thought I was some other kind of person, doomed to sadness and desperation, but I saw myself through his eyes, and I knew that I loved Olive, what love was. Ambulance took the guy away. I went inside and proposed, in the shower.”

A few weeks after our wedding, they had us over for dinner. There was a tablecloth. We all acted like proper adults, with measured enthusiasm and topical discussions. Gomez and I toasted our mutual good luck with the green cups, the chartreuse birds regarding us quietly from their chartreuse branches.

Anyway, it’s ten years later and this is one of the cups. Which one is none of your business. 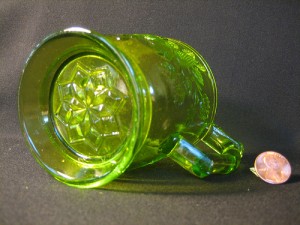 Ed Skoog is the author of a book of poems, Mister Skylight.