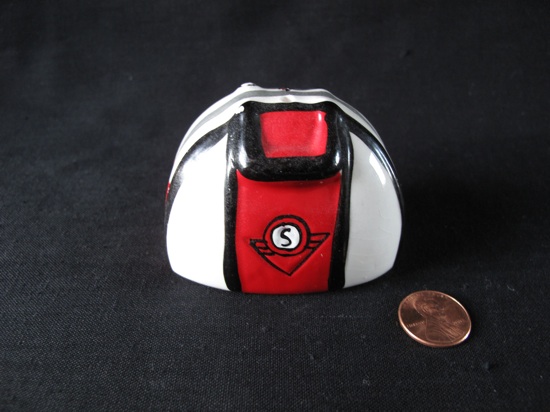 I’ve always wanted to be good at a bar game. Pool would be my first choice, but no hope there. Darts was an option, once, but the first time I tried to get real instruction, in a pub in a dreary English town called Wokingham, I bloodied the ear of a man. It was the ear of the man I was seeing at the time, a small-time drug dealer, if I’m going to be honest, who liked to watch sculling on weekends while drinking himself into a stupor. He had almost nothing to say, yet many nights I would take the train from Bayswater, where I lived, to Wokingham and we would sit on his beige couch in his carpeted, bland living room and watch television in an awkward silence. There was a vague idea of sex, but that rarely occurred and when it did I found myself missing the television with a pitiful urgency.

And finally there was bowling, which isn’t a bar game per se but can be practiced in the evening over a cluster of tabled beer bottles. Don’t get me wrong here — I’m not a big drinker. I do like a social beer, though, on a night out, or three or four, or a few glasses of wine. Or I can do frozen margaritas, or maybe vodka with a strong mixer. So there was bowling, but I never made much progress and the round things kept veering into the gutter. Still the realization took years to settle in fully: I would never be a good bowler. And by good I only mean the kind of bowler who doesn’t draw laughs and jibes from onlookers. I would never be passable. With billiards it was my natural gracelessness that hindered me, but with bowling it was mostly a case of laziness. I wanted to be a natural, that was all. I had no interest in effort.

I found myself at a bowling alley, one night, while other people were rolling strikes and spares and I had nothing to do for a while but wander. At the shoe-rental counter they sold accessories — the shirts, the shoes, the bags — and a number of knickknacks. In the glass-fronted display case I noticed a small object, red, black, and white, in the shape of a minuscule bowling bag; it turned out to be a salt shaker without a pepper mate. It struck me that this was something I could own. I could buy the salt shaker, and I would own it, and at the same time, true enough, I would never be a good bowler. Those other bowlers, those casual bowlers of strikes and spares, might have their talent, their grace, their lovely affinity. But I would have my laziness. And the salt shaker.

Lydia Millet is the author of six novels and an upcoming story collection about famous people and animals called Love in Infant Monkeys (Soft Skull, October 2009). She lives in the desert outside Tucson, Arizona.