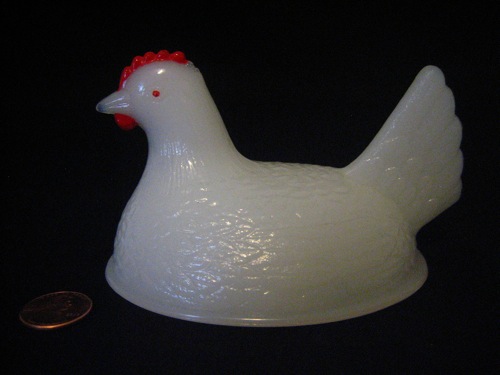 I agreed to stay with Grandma through her final days only because she was hallucinating. I’ve always wanted to hallucinate but am unable. It is not for lack of trying. I once dated a man named Thundering Elk simply because he promised to make me see things. I ended up in a white robe at the church he’d founded, the center of some ceremony, perhaps it was our wedding. We ate peyote and all I experienced was an alert lethargy, like I’d just eaten a caffeinated Thanksgiving dinner. I later found Thundering Elk in the backyard eating the leaves of a branch and talking about the apocalypse. He had an enormous amount of leaf stuck between each tooth. It became hard to take him seriously. Eventually I went back inside and watched a fish tank until I noticed the water was brown and there were no fish.

I now found Grandma in her reclining chair, brandishing a hammer. “I’ve killed four snakes today,” she reported. A stroke had left one side of her face looking permanently deflated. Seconds later she half-assedly beat the hammer down onto the arm of her chair. After every hammer session there was a ten-minute reprieve before the next sighting. I got another hammer from the garage to help. In between killing them I looked into her cloudy-yellow eyes. The tincture of death filled the house: the wallpaper held the sepia buildup of decades, the sunlight seemed second-hand, like light already used by another planet. I began to understand death in terms of fading. Gone were the pigments of ripeness, the lucidity of self.

Later I found her with a tiny glass hen. It was once the small lid to some now-missing dish. I thought she meant to smash it with the hammer.

The ambulatory half of her face was attempting to smile in a brutal tug-of-war. “I use this to speak with your grandfather,” she said. “I look into its surface until my reflection changes to a scene from his life.”

Her face turned into a plum-colored scowl and began to shake. “Look.”

I stared until my pupil’s reflection became a moving speck of dust, until the speck began moving so wildly that I had to rotate the hen to keep track of it. The speck stretched through movement and grew longer. When it finally stopped moving I saw a perfect fish with microscopic gills and a moving mouth: I was witnessing magic.

It took awhile to notice Grandmother was in the throes of a seizure.

The hen joined us in the back of the ambulance. When she came to I held the hen before her eyes and said to let Grandpa know she was coming. “Look at your reflection in the hen.”

Her shoulder lifted for a brief moment; her head did not follow.

“What looking-glass?” she asked. “What mirror? What bird?” As I watched her die her tongue grew steadily purple until it was large and throbbing, beached onto the side of her face and pulsing like a heart.

Alissa Nutting's short story collection, Unclean Jobs for Women and Girls, is forthcoming from Starcherone Books in Fall 2010. Her work has appeared in Tin House, Fence, Mid-American Review, and other journals.

One thought on “Glass Hen”