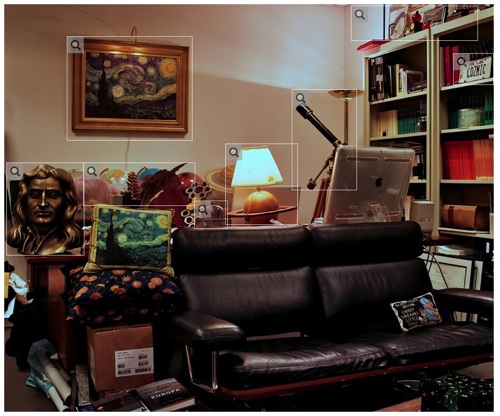 I feel like the New York Times Magazine invented this feature — the annotated photograph of someone’s den, telling stories about their significant objects — but here’s an example of the genre from Seed Magazine that I came across the other day…