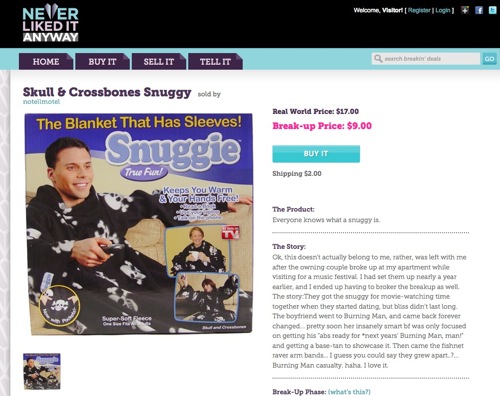 Never Liked It Anyway is a new website “where once loved gifts from once loved partners get a second chance… We’ve all been there. We’ve all got stories to tell and things to sell. This is a place full of marvelous deals. And tales of the mild, mutual and monstrous.”