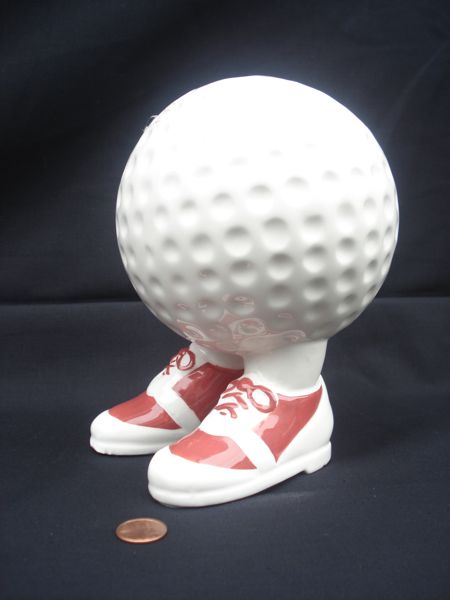 The worst thing is: he sees the golf-ball bank two, maybe three full minutes before it breaks his nose. It’s sitting right there on the table, in full view of the whole room, next to a tiny recorder. This is 1980, and he’s never seen a recorder so small, except maybe in a James Bond movie. There are dozens of cameras in the room, but the photographers who will be craning for a shot of it just a few minutes from now, something to get out to the wires before five o’clock, aren’t paying the slightest attention to it. But oh, they will.

The woman who’s about to wing the golf-ball bank at the senator’s face is brandishing it with comic menace. She’s running her finger along the red laces, tracing the ball’s dimples. The senator is answering a question, but he’s thinking about the golf-ball bank, trying to figure it out. Let’s see: banking subcommittee, bill protecting The American People, he’s out playing the 18th hole at Burning Tree when he should be voting on it, hey, sorry, welcome to Washington.

So what the hell: he just calls on her. Young lady, with that golf-ball bank with the tennis shoes. Heads turn her way. Deadpan aside into the bank of live mics: You look like maybe you’re wantin’ to throw that thing at me. Chuckles from the other reporters — and then she just does it. She really does it. She stands and picks it up and throws the bank at him, hard — not at all like a girl, he’ll remember later — and nobody reacts, because it’s too fast, and then it’s flying and getting bigger and bigger until it breaks his nose, and finally, everyone gasps and shouts. The senator screams at an octave nobody realized he could reach, including himself. The audio will be replayed for months at inopportune moments on Saturday Night Live. Years after the general public has stopped recognizing it, a DJ in the Bronx will unearth the audio and turn the scream into a popular hip-hop sample.

The golf-ball bank hits the lectern first, then lands on the floor, on its feet. Two secret-service guards lunge for it, as though they really think it might run away, and clunk heads, hard. There’s a scrum of arms around the woman, who’s got straight blonde hair and enormous tinted glasses. Her chant, whatever it is, fades as she’s pulled further away from the front of the chamber. One of the guards, without thinking, hands the golf-ball bank to the senator. He probably thinks the senator dropped it. The golf-ball bank is unbroken, and there’s no blood. 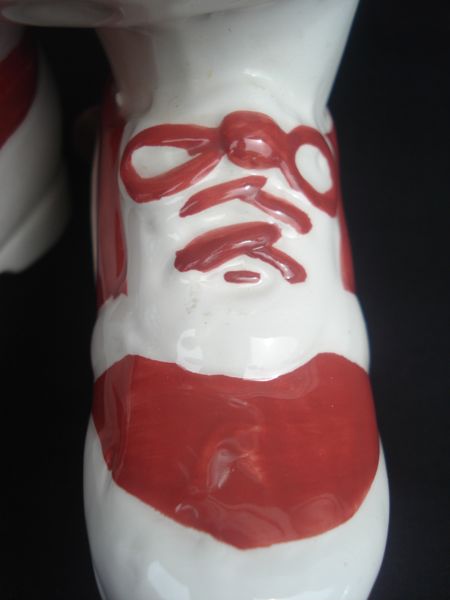 The next morning, the New York Post is first out of the gate: FORE SCORE! One of his friends shows up at his Georgetown house with a copy of the paper. The senator signs: Craig — only 17 holes to go! Best wishes. The friend has a favor. He’s got a nonprofit doing a silent auction that Saturday. Can they auction off the golf-ball bank. A piece of Washingtoniana, a piece of Congressional history. It’s for a children’s hospital. All yours, says the senator, and hands it over.

The winning bid on the golf-ball bank gets raucous cheers — it gets as much as a pair of season tickets to the Redskins. The bank then sits on a coffee table for four years. Then the family moves, and it sits in a box for more than two decades, until the youngest son is in college and finds it in the attic when he’s looking for old VHS tapes. He mutters: No way.

The protester is retired now. She rarely does interviews, but when she does, she gets fired up again about the banking bill. It still gets to her. She doesn’t regret the 72 months in jail. She’s glad she did it.

The senator’s legacy isn’t in banking law but in Congressional security. Just try bringing a walking golf-ball bank into the Capitol Building today: you’re liable to spend a few hours explaining yourself to stern-looking police officers before they let you go. (You’re probably not really going to pull anything, they’ll decide, finally. Probably not worth our trouble.) Sir: We’re going to let you go, but you can’t be bringing that in here. Leave that bank at home.

Todd Pruzan is a writer and editor (at DailyFinance.com) in New York. He's the author of The Clumsiest People in Europe.