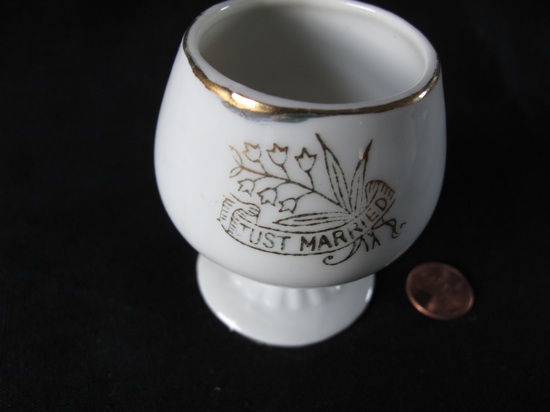 He’s close to death, but he’s giving my mom a look as if he’s about to leap over the hospital bed rail and throttle her. I think, this is going to be his last earthly act, he’s going to strangle his wife of 55 years in front of his whole family, as we look on, holding plastic cups of ice chips and getting stiff in our middle-aged children’s joints. And yes, she is being unusually annoying. She’s rummaging in her handbag. Is there anything more irritating than a woman rummaging in her handbag? Especially when the euphoria phase of kidney failure has given way to the disorientation phase and my father is no longer dramatically proclaiming things like “I can see Death’s door opening!” and instead occasionally awakens from a doze to mutter “I don’t know why it’s taking so long.” He opens his eyes wide and raises an eyebrow, even now, still mugging for his audience, and begins his interrogation, “Are you looking for something?” She pulls out a brown paper bag and puts it on the floor. “I was downstairs in the gift shop, spending your money!” My mother is teasing her dying husband, her tightwad tyrant. It’s mean, and a little funny. We are laughing. We didn’t know a deathwatch would be so funny.

Years later, when my mother passed away, I picked her things up from the hospital. It wasn’t much, some clothes, her Timex, and her handbag. I rummaged through the purse, the way I used to when I was a child waiting in the car and bored. I opened up her lipstick and took a whiff, so familiar, and then I found it, just as I had often come upon it when I was little. It was a small white porcelain goblet, with “Just Married” in gold lettering. A clerk had handed it to my mother as my father hurried her out of the chambers of the Justice of the Peace. The Judge had mistaken my uncle for the groom, since he was smiling, while my father scowled. Her wedding wasn’t happy, so much of her marriage wasn’t happy, but she carried around that trinket until she died. And I think she was looking for it that day in the hospital. Maybe she had wanted to show it my father, and to make a joke. Or maybe she had needed to brush up against a souvenir that had endured the long span of something so fraught, yet, despite everything, had kept its innocence, the hopeful banner still unfurling around a sprig of spring flowers, a promise still hovering over its gold-encircled rim.

Barbara Bogaev is the former host of public radio's "Weekend America" and guest host of "Fresh Air with Terry Gross." She is a radio and new media producer based in Los Angeles.

One thought on “Just Married Cup”