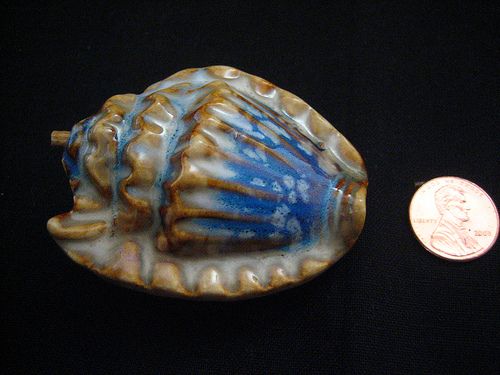 [The auction for this item, with story by Charles Baxter, has ended. Original price: $3.00. Final price: $23.50. Significant Objects will donate the proceeds of this auction to Girls Write Now.]

This beautiful object was discovered in downtown Minneapolis, Minnesota, by a high school student, Emily Traumer, on the corner of North First Street and Third Avenue. Emily was waiting for the morning bus and was bored, as adolescents usually are. Looking down to see if her Doc Martens were tied, she saw a meteorite on top of a pile of shoveled snow. She picked it up. It was still warm from its fiery entry through the Earth’s atmosphere.

She dropped the meteorite in her pocket. It radiated inter-stellar warmth throughout the bus ride all the way to Anton Kiesiewicz High School, where her science teacher, Mr. Duderstadt, complimented Emily for her sharp eyes. He pointed out to her that the shell pattern, quite characteristic of meteorites generally, was produced by the “turbo effect” of oxygen and nitrogen against the rock as it enters the atmosphere. The characteristic blue coloring on the larger side of the rock is a result of the “spectrum burning” of heat against the materials, producing a glass-like surface; hotter surfaces turn blue, while cooler surfaces, shielded from the direct heat of atmospheric forces, remain white. The formula for such heating, Mr. Duderstadt said, approaching his blackboard, could be written out as follows:

He then inquired whether he might take the meteorite over to the University of Minnesota’s Fowlwell Hall, where the eminent astrophysicist, Professor Heinz Schlempp, might take a look. Emily agreed, somewhat reluctantly.

Four days later, Mr. Duderstadt returned with the meteorite. “Well, Emily,” he said, during his Wednesday science salon, “that’s a very interesting piece you have there.”

“Was Professor Schlempp able to determine of what materials the meteorite consisted?” Emily inquired, somewhat baffled, syntactically, by all the attention her discovery was garnering.

“What’s in it?” the impatient schoolgirl asked.

“Well, that’s the interesting part,” Mr. Duderstadt said, leaning back in his chair, and rearranging his necktie. “Professor Schlempp put it into his spectrometer, and then placed a tiny microscopic sample into the Gigatron® electron microscope, and then, dissatisfied with his result, put the meteorite into the university’s Super Vulcan X-ray Analysis Machine, where a definitive analysis finally became possible.”

“Well, here’s the surprise,” said the genial wizard of Kiesiewicz High. “The piece naturally has a high content of Iron, whose symbol, as you know, is fe. But more interesting was Schlempp’s discovery that the object has a high content of the rare earth, Probabilium, along with a certain amount of Potassium, Cyanide, and Blorth.”

“The rarest of metals!” Mr. Duderstadt cried out. Turning around, he wrote on the blackboard again. “To get Blorth,” he said, “you have to have the following force-fields in an inter-active matrix.”

“Exactly. This meteorite is priceless. And not only is it priceless, it’s beautiful. And useful.”

“I could use it as a paperweight,” Emily said. 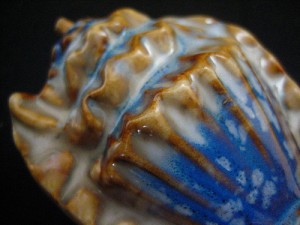 Charles Baxter is a novelist and short story writer, and he lives in Minneapolis.

One thought on “Ceramic Shell”