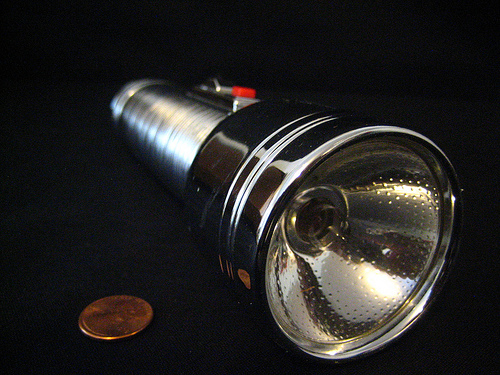 [The auction for this object, with story by Brian Evenson, has ended. Original price: $1.99. Final price: $20.50. Significant Objects will donate the proceeds from this auction to Girls Write Now.]

The thing about flashlights — and really, if we are inclined to be completely honest, the thing about any of the objects that we carapace ourselves with, that we use to hedge ourselves in — is that they are, more or less, interchangeable. As long as they function as they are meant to function, we hardly notice them. Nine times out of ten, one object of near-identical make can be substituted for another without anyone noticing until it’s too late.

I’ll go ahead and say it again, despite knowing you will choose to believe what you have already chosen to believe. This is my flashlight. You can see for yourself that it’s in perfect condition. No sign of excessive wear, no indication of it having been used for any purpose other than what the manufacturer intended: viz., the illumination of other subject and objects swallowed up in the dark. Admire the way the chrome of the casing shines evenly. The incomparable gleam of the dimpled reflector, uncracked and perfect. There is no discoloration to the ribbed grip, no trace of rust or dirt or of any other substance such as, say, blood.

Admittedly, it has been clicked on and turned off. The flashbeam has been directed in first one direction and then another. But it has never been wielded as if it were a club. Such a flashlight has never done any damage to anything, to anyone. It is a simple, uncomplicated object, free of any relation to clots of blood or clumps of hair, chips of bone or hunks of gore.

Where the other flashlight, the one allegedly found in the drawer of my kitchen, came from, I cannot venture to guess. It has nothing to do with me. It is not my flashlight. This is my flashlight, not that.

Until you accept that, officer, we are not likely to get anywhere. 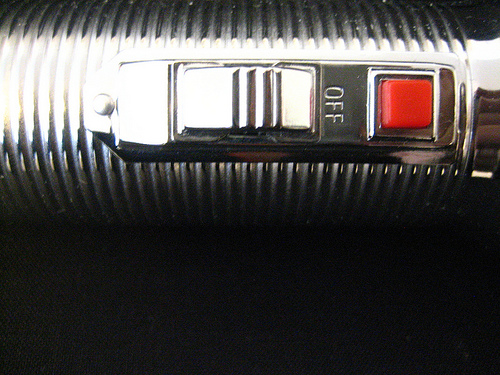 Brian Evenson is the author of ten books of fiction, most recently the limited edition novella, Baby Leg, published by New York Tyrant Press in 2009. That same year he also published the novel Last Days (which won the American Library Association's award for Best Horror Novel of 2009) and the story collection Fugue State.