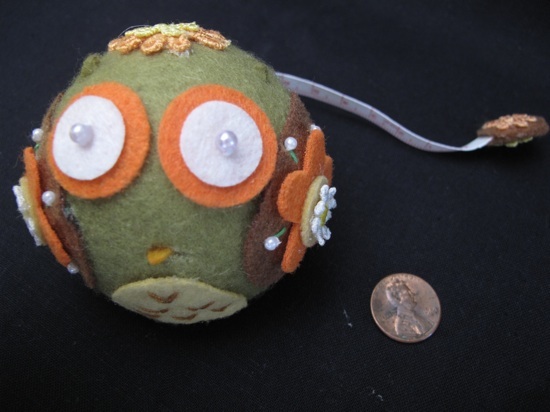 Dr. Irena Svetskaia still found it hard to believe when she looked at the little pincushion owl that something so mundane could be supporting the spacetime matrix. In 2158 it had been discovered that the fabric of spacetime was fraying. Alarmingly so near the great technopolises of Sant-Angeles-Diego and Mumbai. Dr. Svetskaia’s father had made the discovery, for which he had been awarded the Nobel Prize. Many relativity experts did not like it at all; it did not please their Platonist hearts that the structure of space and time could be influenced by human activity. But there it was. Alexei Svetsky had devoted his life to building a device that would measure Minkowskian spacetime, planning to test the most delicate predictions of general relativity. The Minkometer, as it was now fondly known, had revealed an unexpected link between relativity and quantum mechanics mediated by human subjectivity. The Copenhagenists had been thrilled, of course; still, even they were shaken by the nature of the link.

It was Alexei’s brilliant daughter who had discerned the cause of the decay, and at first no one believed her. All sorts of theories had been proposed. The most accepted being the idea that the escalating flux of telecommunications was overtaxing the matrix. Since light, or generally electromagnetic radiation, is the linchpin between space and time (as special relativity tells us), perhaps the sheer quantity of signals coursing through spacetime was more than its membrane could stand.

Experiments were carried out to test this hypothesis. In Sant-Angeles-Diego, where the fraying was so bad whole sectors of the city had become spatially disconnected, the use of all i-comms was suspended. After Palo Alto slipped into a black hole and never reappeared, the authorities became frantic.

Throughout those ghastly years, other high-tech hubs in India and China faded out of the matrix and fear gripped the planet. Dr. Svetskaia conducted tests of her own, for she was not convinced by the flux thesis. Sometimes she noticed that when the Minkometer in her office was turned toward the corner where the little owl stood, it flickered erratically. She assumed this was a circuit fault, but when efforts at repair failed she realized that the owl itself was affecting the matrix — positively. Somehow, it was strengthening the fabric of spacetime — not the curvature, which Einstein’s field equations described, but the strength of the membrane.

After three grueling decades, Dr. Svetskaia figured out that the problem wasn’t telecommunications, but attention. The health of the matrix depended on human interaction. As human beings had turned from interacting with one another in person, and increasingly related through computers, energy had been sapped from the matrix of reality. It turned out that the spacetime web is a correlate of the human emotional web: lose strength in the latter and former falls apart.

Philosophers had a field day. They pointed out that this was in keeping with Leibniz’ “monadology.” Leibniz — a contemporary of Newton and co-inventor of the calculus — had famously rejected Newton’s notion of absolute space and time and proposed that reality is made up of atomic-type units called “monads” that reflect one another physically and subjectively. According to Leibniz, our universe is the result of these monad reflections; space and time have no a priori existence, but are byproducts of a universal set of relationships.

And so it seems that they are. The pincushion owl affected the Minkometer because during its history it had been used by nine generations of Svetskaia women in the service of crafting baby clothes and sweaters and other necessities for loved ones. The tiny felt body was impregnated with the essence of human attention. In Dr. Svetskaia’s rare hours away from the lab she herself loved to relax with the handicrafts her mother had passed on to her. Tomorrow when she, in turn, would receive the Nobel, she would be wearing a shawl made with the help of the owl.

Margaret Wertheim, a science writer, is the author of books on the cultural history of physics. In 2003, with her sister Christine, she founded the Institute For Figuring, an organization devoted to the asthetic and poetic dimensions of science and mathematics.