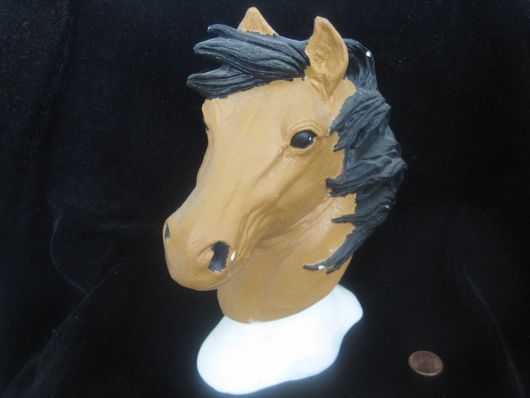 Significant Objects at Litquake: 5 of 5

[The auction for this Significant Object, with story by Beth Lisick, has ended. Original price: 99 cents. Final price: $62.95. Proceeds of this auction have been donated to Root Division, host of the first-ever Significant Objects live event, in connection with Litquake in San Francisco.]

My father was more or less a garden variety drunk. He got neither mean nor gloomy when he’d had a lot of wine, just generally loose followed by a major case of the sleepies. When he and Mom first met, during a year abroad at the Sorbonne in the early ‘70s, she found his habit of heavy drinking adorable. She liked the way he was often confused and befuddled. Like Mr. Magoo, she said. Like a guy who steps out of the way of a falling piano because he just noticed a cigarette butt in a flower pot. It was pretty sweet. But who falls in love in Paris in the ‘70s and isn’t in some way completely amazing?

The culture of hazing at the Sorbonne was legendary, especially toward the foreign exchange students. My mother had already been hung upside down by her ankles from a statue of Philippe Pinel, the father of modern psychiatry, while wearing a pink trapeze dress no less, so she knew she was probably safe for the rest of the semester. My dad, however, hadn’t gotten his yet. Only minor things here and there, like getting locked out of his dorm all night or that thing people do with the cellophane on the toilet. But he was starting to think maybe this was his lot. He would rack up a bunch of petit harcelement throughout the year instead of being the victim of one major prank like everybody else. But it turns out this was not the case.

He and Mom weren’t even together yet, she was actually dating someone else, but she was put in charge of making sure his wine glass was never empty that night. Then, when he was good and drunk, she finished him off with one of her killer blowjobs. It’s weird because my family isn’t that open about sex at all, but my mom’s BJ prowess is one of those things we’ve always known about. Like the fact that she’s half Polish or is scared of spiders. It was always just like, Mom loves board games, makes a mean loaf of pumpernickel, and can suck a cock like a champ.

With Dad out cold, they carried him down to the basement of the lab where they kept all the animals. This is gross, but they opened up a horse’s stomach, folded Dad’s limp little limbs into his chest, heaved him into the cavity, and sewed him up inside with a heavy twine. And then everybody stayed there all night, sleeping intermittently, waiting for him to come to. Finally, just after dawn, they heard his muffled screaming and let him out.

We never heard about this until their 32nd anniversary, a few years before Dad died. Mom had gone to one of those places at the mall called Color Me Mine! where you can paint a ceramic coffee cup or a plate for your loved one, and she made this bust for him. When Dad opened it up, he laughed so hard that no sound was coming out. Then he started crying for awhile, with tears and a sort of choking noise, but soon he went back to laughing again. Then we all sat down for cake and ice cream at the kitchen table and they told us this story about their early courtship. 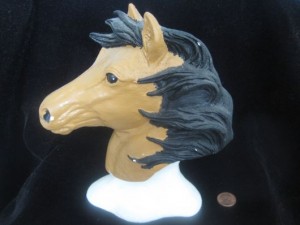 Beth Lisick is the author of Everybody into the Pool: True Tales and Helping Me Help Myself: One Skeptic, Ten Self-Help Gurus, and a Year on the Brink of the Comfort Zone, and a founder of the Porchlight Storytelling Series.

One thought on “Horse Bust”