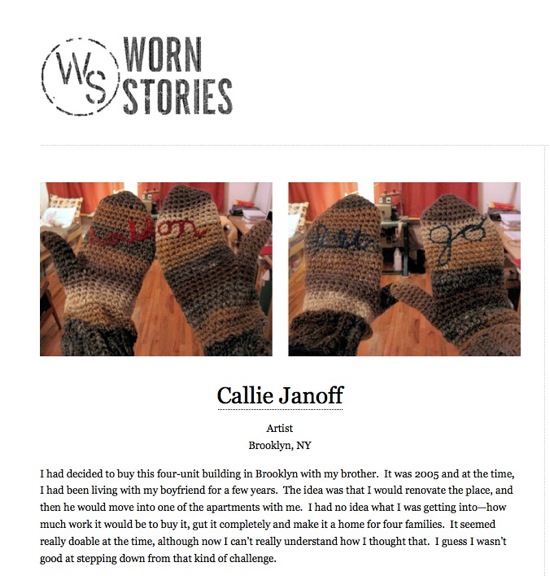 Emily Spivack writes to let us know about Worn Stories, a website where she’s publishing stories about clothing and memory. She explains: “Every item of clothing we wear has a story behind it — perhaps it was passed on to us by someone special, worn during a significant event, or is emblematic of a specific time in our life. So I’ll be asking interesting people to tell me a story based around a favorite piece of clothing and then I’ll share those narratives on Worn Stories.”