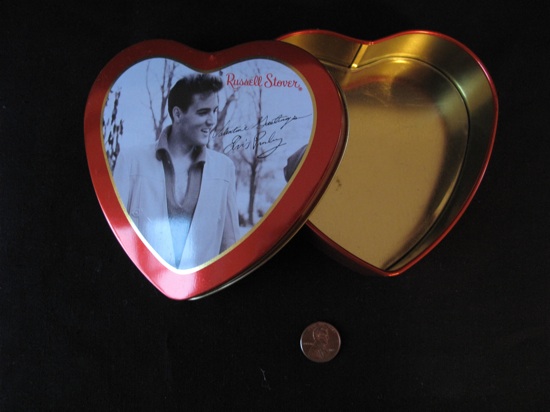 [The auction for this Significant Object, with story by Jessica Helfand, has ended. Original price: 50 cents. Final price: $24. This story was part of a special collaboration with Design Observer, where it was co-published here.]

Harriet squeezed the last flecks of lemon pulp into her Diet Pepsi and thought about all the men who had loved her. She counted chronologically, beginning with kindergarten, and moving forward year by year, class by class by class. In kindergarten, Steven had given her penny candy sticks — a whole box of them — lemon-lime and tutti-frutti and root beer, which was called sarsaparilla and made her gag. There was Robert in middle school who baked her muffins, and Danny in high school who spiked Harriet’s seltzer with miniature vials of vodka he’d swiped from home. (His mother was a flight attendant on Aer Lingus.) In college, there was Luke, who smiled at her in the library stacks and read her sonnets. Later, he broke up with her over shrimp cocktail. “I don’t have room for you in my life anymore,” he said to her casually one evening — as if he were discussing something mindless like the menu or the weather or her shoes.

She’d hated shrimp cocktail ever since.

Harriet associated each man in her life with a word — tall, skinny, bald, funny — and each of these words with a taste — bitter, sour, herbal, sweet. Flavors were personality-specific, each a connection to a particular face, or voice, or an experience she couldn’t possibly place without a cue. Lavender, licorice, popcorn, pesto — the list was long and as time wore on, largely interchangeable. Like so many things in life.

But not chocolate. Chocolate was Elvis: Harriet’s most guilty pleasure. She loved that Elvis was an anagram of Lives — his lives, her lives, did it even matter? Harriet prided herself on being the farthest thing from sentimental, but where Elvis was concerned, all bets were off.

She’d met him once as a child. It was Valentine’s Day at Graceland, and Harriet had shuttled down with her family. At five, she was by far the youngest, and her older sister had bought her a milkshake to occupy her hands and keep her quiet. Wedged in among legions of fans, she stood quietly between miles of grownup legs, nursing her drink, when suddenly — the crowd parted.

Harriet felt the ground tremble, heard the click-buzz of the Polaroids, and held her breath. And there he was: the King himself. She gazed up at his massive face, framed by that huge mane of black hair, thick and shiny as an oil slick.

Harriet nodded, then held out her hand to offer him a sip of her milkshake. He smiled and leaned over, sending this astonishing aroma — a hypnotic blend of Tareyton and Brylcreem — cascading into the air, and kissed her on the cheek.

It was her first kiss.

Strolling through a flea market some years later, Harriet had spied an old Russell Stover chocolate tin in the shape of a heart, a youthful portrait of Elvis on the front. She’d bought it instantly, and had then misplaced it, only to rediscover it sometime later through a random online search. Lives indeed: unlike all those boys who broke her heart, Elvis could not, would not disappoint. And neither, it appeared, could chocolate.

Jessica Helfand is a partner at Winterhouse, a co-founder of Design Observer, and the author of Scrapbooks: An American History.

One thought on “Elvis Chocolate Tin”