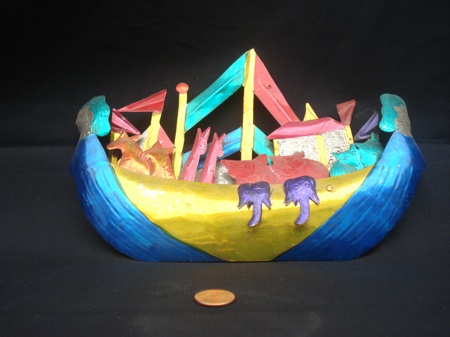 [The auction for this Significant Object, with story by Rebecca Wolff, has ended. Original price: 50 cents. Final price: $19.50.]

There was this family, and their eight-year-old son developed a tumor on, or in, his jaw. They had it removed, and treated with radiation and chemotherapy, but a short while later it came back. They had it removed again. Their son learned to play the guitar, and the ukulele, and the banjo, and grew tall and lean. He would have been handsome but for the narrowness of his face, the lower part of which on one side had been shaved away. Now he’s thirteen, or fourteen, and the new tumor is large and cannot be further pacified, removed, denied. A small ark has been constructed for the family by terminally ill children with great reserves of unspent joy in the children’s ward of the Hospital of Our Lady of the Rocking Waters.

There was this girl, in Indiana, and in 1992 when she was twelve she got in this car with four older teenage girls and these other girls tortured and murdered her. My neighbor down the street is reading a true-crime paperback about it; she can’t put it down. My neighbor is completely under-educated and has no resources. She works weekends at the hospice and stays home with her daughter during the week while her son is at school with my son. She’s an accidental hipster; it’s just a trick of physiognomy that her tidy shape, clothed in the cheap duds she buys at Target, is the shape of a 1960s London mod. She’s Catholic from Long Island and tells me that she never complained about her ex-husband because the laws of Christianity told her not to. She says “Thank God” after everything.

So then this morning I hit a dog with my car. My two little ones strapped precariously in the back, I screamed “My God” in an agonized way that I remember from previous death experiences and started sobbing immediately. Parked in a driveway and ran out of the car, out of my mind, hyperventilating, back to where the golden lump of sweetness and innocence — never hurt anything — I must never hurt anything yet a moment ago — where it lay. Ark in my pocket. A working ark, hand-beaten of tin, painted in bright jewel tones to reflect the inexhaustible resources of the miraculous. Your faith alone will buoy it on the waters of Armaggedon, or Yahweh’s displeasure, whichever comes first. Miniatures are hard to come by and in great demand for their portability as well as for the exquisitely precise effort of Hopes and Fears required to exact true functionality.

Turned out I knew the dog’s owner slightly, a man who had parked across the busy road and let his dogs run free for some reason. He knew the reason: “It’s my fault,” he said, when I said “My God I’m so sorry.” Then he said: “I think he’s going to be okay: I think his leg is just broken.” The dog looking up at me, not saying. Later I’ll call and find out if the dog lived or if the dog died. 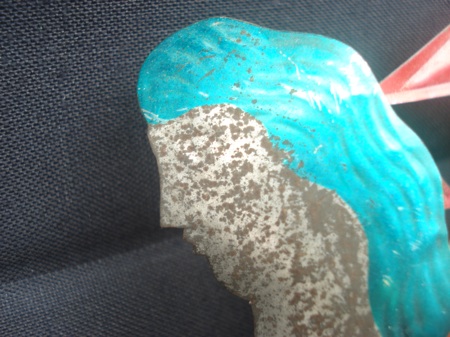 Rebecca Wolff is the author of three books of poetry, including The King (W. W. Norton, 2009).