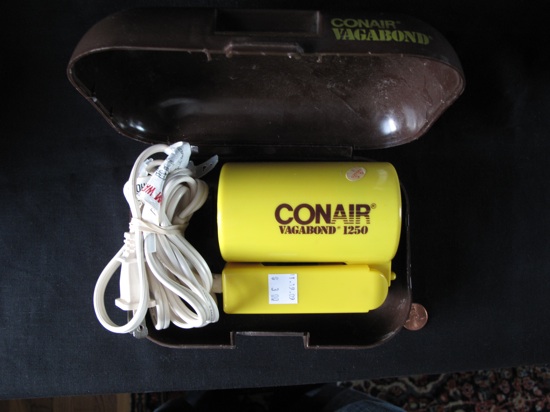 …In the final year of his career, however, Sanangelo became increasingly unreliable and obsessed with challenging both his listeners and himself, feeling that his work had become “too easy.” He made it a point of pride to never miss a gig, but his audiences (and the pickup musicians who fluttered in and out of the band after Conroy and the Behr sisters quit in frustration) never knew what they were going to get: surf instrumentals, free improvisation, half-remembered covers. One show consisted of an interminable quarter-speed jam on Minor Threat’s “I Don’t Want to Hear It.” At another, he attempted to play guitar with both his hands wrapped in duct tape. Occasionally, Sanangelo would show up to a gig with a trombone or an accordion or some other instrument he’d never touched before, and attempt to get through a set while teaching himself to play it. Recording sessions from this period reportedly produced nothing usable.

Finally, on May 12, 1983, Sanangelo was sharing a motel room with Cowen in Coeur d’Alene, Idaho, where he was booked to play that night. An altercation between them ensued sometime that afternoon; Cowen, in a rage, smashed Sanangelo’s guitar, and the two of them went on to build a bonfire in the parking lot and burn virtually all the possessions they had with them before the police arrived. Five minutes before showtime, Sanangelo turned up at the door of the Little Groove Hut with a black eye, torn clothes, and an unnerving smile on his face, carrying a small plastic case with a yellow travel hair dryer inside — the only item from his luggage that he’d spared from the fire.

Thanks to one of the few zealous fans Sanangelo had left at that point, there’s a bootleg of his final performance in circulation. It’s a mark of the facility he retained even then that it apparently only took him a few minutes to figure out how to use the hair dryer as an expressive instrument, manipulating its speed and temperature settings and bending its airstream with his free hand to alter its pitch and tone. On the tape, the initial catcalls and whistles fade as Sanangelo fakes his way through a few of his old hits, and even manages a credible version of John Coltrane’s ballad “Naima.” Half an hour into the show, as Sanangelo was beginning what was apparently a high-temperature solo piece, the club’s fuses shorted out, and he slipped out the back door.

Sanangelo subsequently retired from music, although archival recordings from the late ’70s continue to appear every few years; Conroy and Liberty Behr have continued to play together in various contexts.

Douglas Wolk is the author of Reading Comics: How Graphic Novels Work and What They Mean and Live at the Apollo.