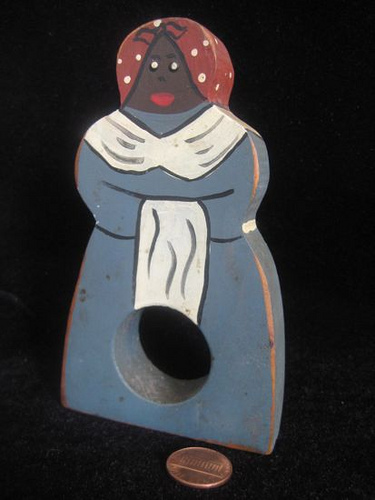 [The auction for this Significant Object, with story by James Hannaham, has ended. Original price: $2. Final price: $28.50. This is part of a series of five epistolary stories guest-curated by Ben Greenman. Proceeds from this auction will go to One Story.]

It has recently come to my attention that certain practices of your establishment, hereafter known as “Shady Acres,” have affected my client, whom you know as Bethuna, in an extremely negative fashion. We have therefore decided to take legal action against “Shady Acres” on multiple charges, including fraud, discrimination in hiring, forced labor, and sexual assault. Ms. Bethuna is seeking damages, including retroactive wages owed as well as compensation for psychological and physical distress caused by “Shady Acres,” its associates, and their relations.

In a sworn deposition which she gave to me on May 19-21, 2010, Bethuna stated that her tenure with “Shady Acres” began at her birth, on September 14, 1855. Yourself and the previous proprietors of “Shady Acres” (see Appendix A) required my client to operate as a culinary, housekeeping, gardening, landscaping, and childcare professional. During the ensuing one hundred and fifty-five (155) years, my client prepared an estimated 168,987 meals, including 121 Christmas and 107 Thanksgiving dinners, made 15 beds a total of 56,206 times, dusted 18 rooms over the course of her life, and nursed a total of 54 children, 33 of whom were not her own—including yourself—and the balance of whom were the issue of herself and various proprietors and associates of “Shady Acres.”

While initially these practices were not punishable by law in the state of Alabama, my client contends that the owners of “Shady Acres” conspired to conceal the change in her legal status indefinitely, thereby preventing her from discovering and curtailing the criminal activity of “Shady Acres” to the extent that this required keeping her from acquiring any skill in the reading and writing of the English language, and prohibiting contact with any persons, organizations, news outlets, or other publications which may have informed her of the change in her legal status.

My client also maintains that during her tenure at “Shady Acres,” she suffered frequent and unrelenting physical and sexual abuse, culminating in the removal of a circular portion of her lower abdomen, through which the owners of “Shady Acres” then threaded a string attached to a piece of paper intended to advertise a sum of money for which her services would be rendered to similar local organizations at no compensation to herself. The whereabouts of, and/or the purpose to which the removed cylinder was put by “Shady Acres” were not divulged to my client. In addition to back wages, the monetary equivalent of benefits, legal fees, and other damages, my client’s lawsuit also requires that the abdominal subdivision in question be returned to Ms. Bethuna’s possession and repaired to the extent that medical science may accomplish such a reparation. 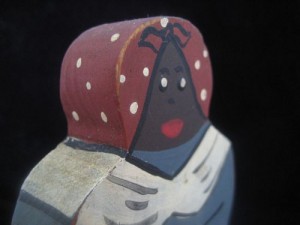 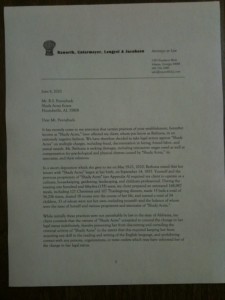 The winner of this auction will also receive James Hannaham's story, pictured, mailed by the author.

James Hannaham is the author of God Says No.

One thought on “Napkin Ring”