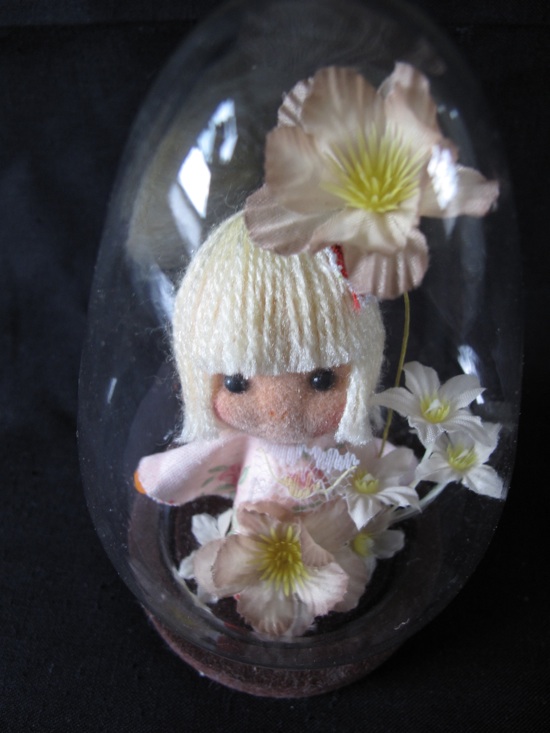 [The auction for this Significant Object, with story by Jason Grote, has ended. Original price: 99 cents. Final price: $16.49.]

I wish to reassure anyone who is considering purchasing me that it is not my look of need, afflicting though it may be, that is responsible for the fate of my last three owners. For reasons that I can only imagine are aesthetic, I tend to be attractive to elderly people, specifically elderly women, and cannot be blamed for their mortality. The fate of my third owner, the young man, was some sort of freak event. I assure potential buyers that I am not cursed. At least I am not cursed in that way.

I cannot recall the specific turn of events that led to my being placed behind this glass. I have memories of walking around, of freshly mown lawns, of friendly dogs licking my hand, and of attending church services and barbecues. However, this could be a trick of memory: it is possible that I have only seen or heard about these things, and not experienced them at all. The only thing I can truly be sure of is the glass, and the dust on the glass, and what little I can see of the world beyond the glass.

I remember my first owner, and how she would return my longing gaze and sometimes speak to me. I remember how I gradually came to be ignored as part of the sad and massive encrustation of knick-knacks in her home, a home that grew darker over time. I remember her death, which I did not witness directly (it happened in a hospital, I think), but gradually became aware of as her younger relatives (some known to me, others not) gradually emptied her home. The harsh sunlight, something I had not seen or felt in years (maybe decades) seared my eyes. They tossed me in a box, among many others of my kind, and I stared up at an empty blue sky for what seemed like an eternity but could have only been a few hours.

There I was purchased by my second owner, a happy, rotund woman with a chirpy voice who loved me dearly. I stared at her from her desk for many years, and she would occasionally coo at me while she typed on an electric typewriter. I never knew what she was typing, and would imagine the contents of her letters or her novel, the types of poems she would write. Her voice was musical. She was a widow, I think, and she dated a frightening man who would scream at her television.

Her fate is too sad to bear, but suffice it to say that I wound up, along with all of her other belongings, in a Salvation Army — in an ossified part of the store where the occasional board game or ski vest might move, but which mostly enjoyed a dusty, purgatorial paralysis. It was here that I was eventually purchased by my last owner, a nasty, slovenly young man who thought he was funnier than anyone else seemed to. It is not in my nature to hate, and I cannot say that I wished for the violent fate which eventually befell him, but I will not miss looking at his thick glasses or weak, bearded chin, or listening to his non-stop, grating voice. He never bothered to dust me off, believing my filthy state to be somehow more authentic or entertaining. But circumstance (and a spurned business associate) intervened and I was not in his possession for long.

And now, dear buyer, I wish to be yours. I know that you are looking at me right now, but I cannot see you. I want to be able to see you through my dusty glass. I have so much love to give. 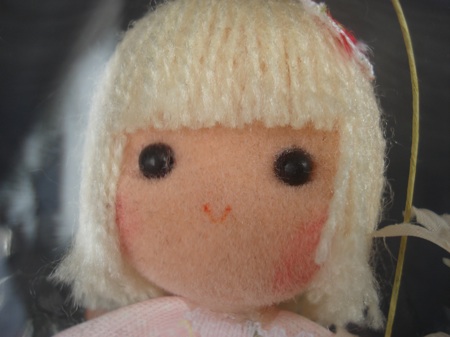 Jason Grote is the author of the plays 1001, Maria/Stuart, and Hamilton Township, and can be heard Monday nights at 5 on The Acousmatic Theater Hour on WFMU.