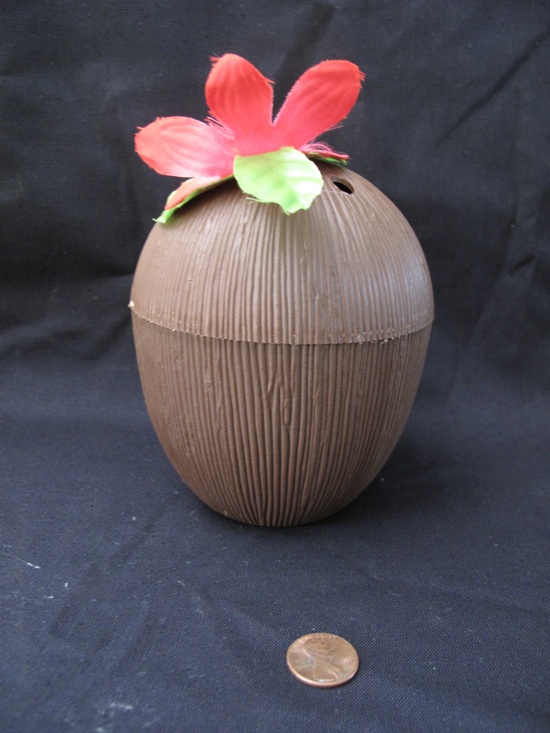 [The auction for this Significant Object, with story by Annalee Newitz, has ended. Original price: 25 cents. Final price: $10.]

At this point most people realize that getting marketers involved in space travel is a bad idea. But fifty years ago, right before the Martian economy collapsed, there was a craze for luxury space cruises to the Belt. Usually that meant a visit to Ceres — dipping into the exotic attractions of Bachelor City — and then a tour of the lesser asteroids along with a drive-by photo op at the mines.

A million little cruise companies started running these things, trying to come up with the most unusual and cunning destinations. Space Beach is the most famous of these, partly because of the scale of what the company did. They took about a teragram of Belt dust that miners and trawlers had collected over the decades, wrapped it an atmosphere bubble, wired it for gravity, geoengineered a quick seaside biosphere, and called it “the only beach floating in space.”

Who wouldn’t want to float in warm water, looking out at a field of stars, with the color-streaked, glowing blob of Jupiter in the distance?

For a while, you couldn’t go anywhere without seeing ads for Space Beach or getting swag with their logo on it. Every thrift store in Bachelor City has a few of their coconut cocktail cups, mementos of a time when people still thought coming to the Belt was a naughty adventure. Usually they’re not too expensive, though in another decade that could easily change.

This Space Beach cup is particularly special because it’s in mint condition — it came directly from the estate sale of an old video celebrity who retired to Valles Marineris. She took one of the first cruises to the “beach floating in space,” before the horrible accident that led to today’s atmosphere bubble regulations.

Things may be a lot safer in the Belt now, but you can still revel in nostalgia for a more dangerous, bygone age. Sure, you’d be taking your life in your hands, but wouldn’t it be worth it to bask under sunlamps on a beach made of ancient, pulverized asteroids?

Annalee Newitz is the editor of the science and science fiction blog io9. She's the author of Pretend We're Dead: Capitalist Monsters in American Pop Culture, and co-editor of She's Such a Geek. This story is adapted from a very early-stage novel called Bachelor City.