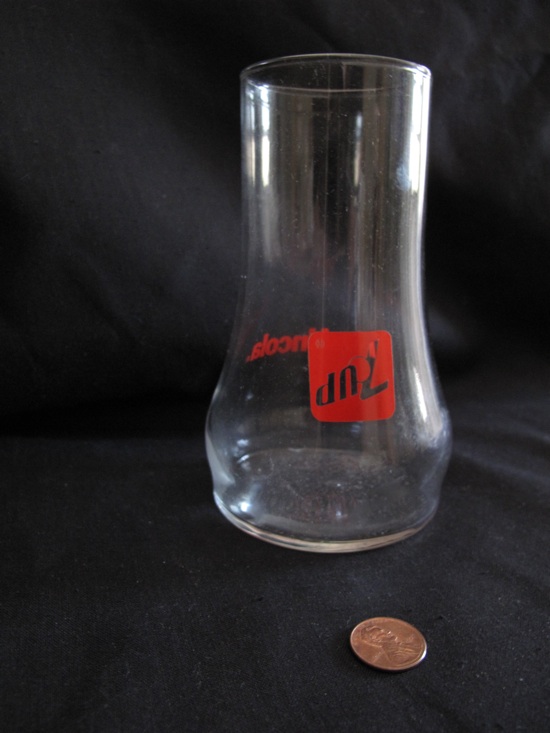 [The auction for this Significant Object, with story by Jen Collins, has ended. Original price: $2. Final price: $20.50.]

For my 9th birthday, I begged my mother to take me to the iron-on decal store at the Meadow Glen Mall. I had seen some older boy wearing a sweatshirt with a glittery rip-off of the Superman “S” shield saying SUPERBRAT, and I had to have one. By the time I convinced my mother, they had run out of the decal. So I settled for a glitter Garfield on a royal blue pullover hoodie. I was crazy about Garfield — he loved lasagna and hated Mondays, just like me. I had all his books and my friends would come over and read them. This was awesome to a 9-year-old in 1983. I wore the pullover to the arcade, to sleepovers, and to my first track meet.

I wasn’t a Superbrat anyway. I did have a whoopee cushion, though, and a ketchup squirt bottle with a long string in it — both gifts from my father, a wiseass. Naturally, I always picked the 7Up Uncola glass from the kitchen shelf, except for when he picked it first. A few times, when we were watching TV, he stole it from me when I wasn’t looking.

For my 13th birthday — a few days before it — my father left us. A Monday morning. He was packing his briefcase for work while Ma was packing our lunches for school. He came into the TV room, kissed my little sister on the forehead and told her, “Do good today, OK? ABCs?” Then he side-hugged me and said, “See ya latah, Ambah.”

When I got home after track practice that night, my mother told me my father wasn’t coming back. “He left you a present,” she said.

“An abandonment present? Is that customary? No thanks.”

“What can I tell you? He’s an asshole, he’s always been an asshole. At least he remembered this year.” She put a package on the kitchen table, wrapped in newspaper.

Jen Collins is a clinical social worker who lives in Los Angeles. She maintains a psychodynamic perspective with emphases on object relations and attachment.