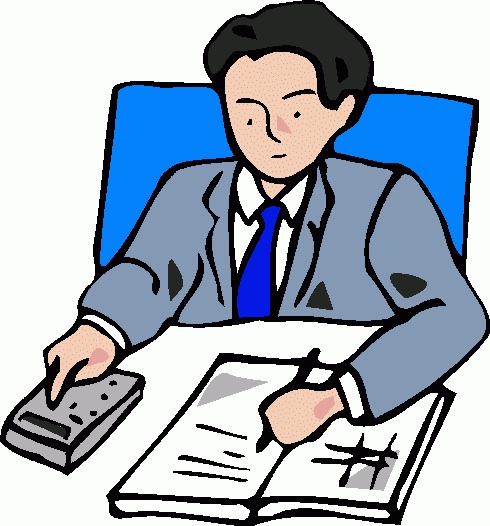 Some of you have speculated that the Significant Object experiment’s duration affected sales prices — that is, you’ve speculated that objects auctioned off in the experiment’s first weeks no doubt sold for less, on average, than did objects auctioned off in its final weeks. (The experiment lasted for 19 weeks.) As word of the project spread, opportunities to purchase one of only 100 total objects decreased, and competition thus grew fiercer.

Click here to view a single table containing all our experimental data, and links to every post in which analysis of this data has been offered.

A quick glance at the Final Price, Week by Week table suggests that there probably is a Duration Factor along the lines suggested above. For example, as you can see in the chart excerpt reproduced below, none of the objects sold in Weeks 1 and 2 were ranked above #35/100, and the majority of them ranked in the bottom quartile.

Objects sold in Weeks 18 and 19, on the other hand, tended to rank in the top half of the results, and a couple of the objects are in our Top Ten. 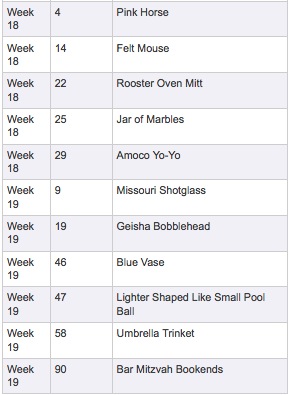 Therefore, before drawing conclusions about what sorts of stories tend to make objects more or less significant, we ought to control for the Duration Factor. But how to proceed?

Of course, we’d have to run these numbers on all our objects before determining whether the Smiley Mug’s ranking had increased or decreased relative to other objects as a result of this procedure. But before I started doing any of this math, I realized that some weeks might have an average final price that’s higher than Week 19’s $36.83. The answer for D in the equation above could be a negative number, meaning we might have to subtract some amount from every object sold during a certain week. But doing so doesn’t make sense, if we’re trying to control for the Duration Factor, which is predicated on the assumption that average final sales totals in general should rise, week by week.

So now what? Keep reading!

The fact that the difference between Week 1 and Week 19’s average final prices is almost exactly $18.00 (as noted above) struck me as propitious. What if we added $18.00 to the final sale price of each item in Week 1, $17.00 to the final sale price of each item in Week 2, and so forth through Week 18 ($1.00 added)? Week 19 sales prices, obviously, would not get adjusted. This would neutralize the Duration Factor without requiring us to subtract from the sale prices of any objects sold during weeks whose average total sales happen to be higher than Week 19’s. The Smiling Mug would go from $32.08 to $50.08, in this scenario. Compare that to, say the Ocean Scene Globe, whose unadjusted final ranking ($33.00) was slightly higher the Smiling Mug’s. After this Duration-adjustment, its price goes up, but only to $39.00, because it was sold much later, during Week 13. Under Duration-corrected figures, then, the Smiling Mug ranks higher than the Ocean Scene Globe — in fact, when you look at the new chart, you’ll see that the Smiling Mug is now 16 places above the Ocean Scene Globe. So correcting for Duration Factor can make quite a difference. But will it change our Top Ten list? Will it affect the Bottom Ten? Let’s find out.

Following the procedure outlined in the previous paragraph, I’ve gone ahead and adjusted final prices for our 100 objects. After the jump, you’ll find a table displaying the following: Week, Object, Final Price, and Adjusted Price. I’m eager to hear your analysis of this data. Please publish your comments at the end of this post.