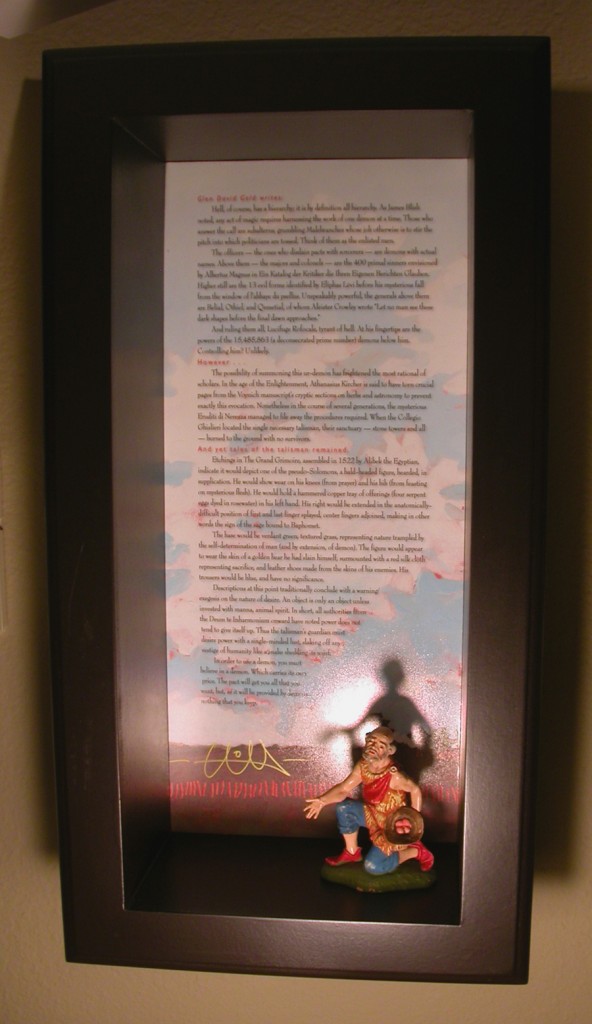 Yesterday morning we closed the 25th auction of Significant Objects v2 — the halfway point, that is, of our project’s 2d “volume” — and so far our generous customers have parted with $931.54. So we remain on track to give a respectable chunk of change to 826 National when it’s all over.

Those savvy enough to buy an object not only support a good cause, but they get something in return that’s one of a kind, and a lot cooler than yet another mass-produced “green” tote bag.

In other news: You may have noticed that our website now features a small, rotating ad in the sidebar. This is because Significant Objects has joined  The Deck, “the ad network of creative, design, and web culture.” Does this mean we’re getting rich off the project? Um, no. It might mean we’ll bring in enough shekels to offset some of the costs we’ve been paying out of pocket, though.

All along we’ve relied quit a bit on the gift labor of others, not just our writers but those (like Rob Tourtelot, Emma Westling, Tom Nealon, and Joe Alterio) who’ve helped us with site design and management, photographing and mailing objects, and so forth. We do have expenses, though: hosting, eBay fees, packing supplies, and whatnot. We see that as money well-spent; however, we do like the idea of Significant Objects being as self-sustaining as possible. So in addition to thanking those who have helped the project directly, we now thank the Coudal folks for letting Significant Objects sneak into The Deck.

And, of course, we reiterate our thanks to everyone who has purchased (or bid on) an object, or who has blogged or tweeted or simply told a friend about Significant Objects.