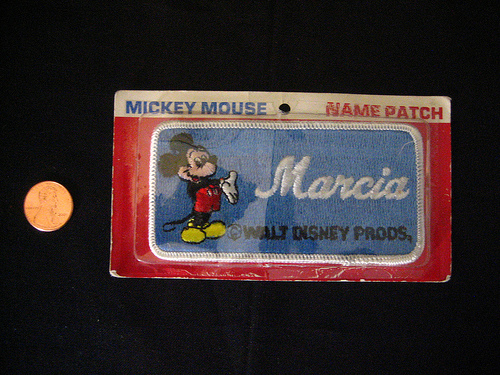 [The auction for this object, with story by Padgett Powell, has ended. Original price: $1.00. Final price: $23.00. Significant Objects will donate the proceeds of this auction to Girls Write Now..]

It is little known that the singer Marcia Ball as a teenager worked briefly at Disney. One day at the close of the shift she was climbing out of her Goofy suit and was frightened to see two albino boys climbing out of their suits. It was Johnny and Edgar Winter. Marcia said something to the effect that she had never seen boys so white and Johnny turned on her and said, “I’m so white I am blind and I can’t take this shit that sun out there besides I can play the guitar.” Marcia liked his pluck.

Edgar said, “He can play but I can scream and I too have a frightening pallor and will look good on stage and, girl, you are so tall that I think even though you are full of melanin you can be a rock star too. Let’s blow this joint and—”

Johnny Winter was ahead of them, in the corner setting his Porky suit on fire. “Practicing,” he said. “I saw Jerry Lee do something like this on stage.”

This is Marcia Ball’s name tag, in the original packaging, circa 1962.

Padgett Powell is the author, most recently, of The Interrogative Mood.

One thought on “Mickey Mouse Patch”