This is the fifteenth installment in a series of twenty posts announcing — in no particular order — which 100 stories will be collected in the Significant Objects book (forthcoming in 2011 from Fantagraphics). 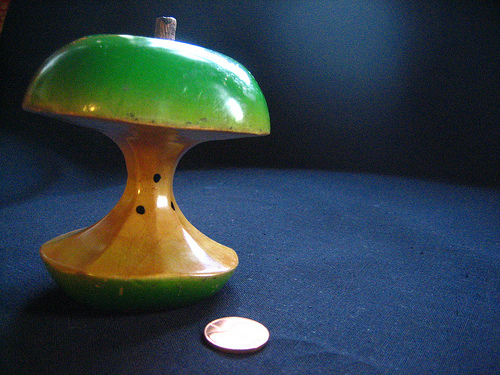 
Soon she’d stopped eating (the smell of food, she claimed, made her ill), as if to prove that she was right and I wrong regarding certain things. So I started to carve, in our garage, from pieces of oak left by the former owner, a so-called neoclassical orthodontist who whittled, in his spare time, the many sets of wooden teeth he’d left behind on crooked shelves, her favorite fruit. I carved whole pears and whole oranges, but found that I hated to see, at the end of a breakfast, say, my plate empty and hers full. I returned to the workshop and carved wood into the shape of already-eaten food; halfway through our meals I would exchange the uneaten food for the already-eaten food, and I would congratulate her on her excellent appetite, and this would make her cry at how well I understood her. 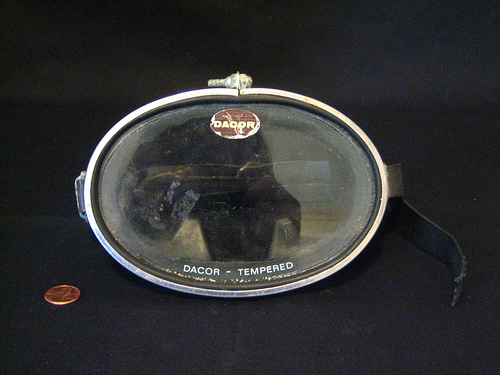 
Step three, the final step, was to make a torso to go with the Mole Man mask. The torso started as a lightweight frame made out of laths I retrieved from the shutter factory’s trash heap. I mounted the frame and Mole Man mask onto a Styrofoam beer cooler lid. I added muslin fabric ripped into strips and dipped in Elmer’s glue — both borrowed from Dad’s shop. It looked pretty great. The whole episode was worth it for the thrill of seeing “the monster” all painted up and crazy out in the garage.

Donned the dive mask and swam out in the afternoon; dropped a concrete block a hundred feet offshore by the picnic area in eight feet of water and threaded the rope through one of the holes on the block. Attached one end of the long rope to the monster. Floated the whole contraption out by tugging the other end of the rope threaded through the block — a simple pulley. The monster settled over the submerged block and bobbed when I jerked the rope. When I pulled really hard I got it all the way underwater, which was perfect. Couldn’t believe it worked. 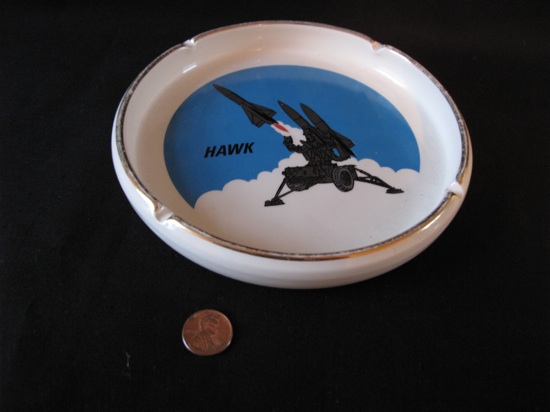 
He was a good guy, David. In 1969 he told me that what was going to happen with the Soviet Union was that it was going to go bankrupt. He said they were cooking the books, fooling themselves that their economy worked, that their system made sense. He wasn’t talking politics. He was an engineer. He was absolutely right, though I confess I didn’t buy it. I couldn’t imagine a world without the Soviet Union. He called it. The only thing he got wrong was the food riots. In the end, they weren’t necessary. In the meantime, he said, we just had to hold them at bay. With tie-tacks.

This ashtray, I imagine, came from somewhere further along the Hawk missile system’s developmental span. Ashtrays aren’t liminal. When you’re passing out ashtrays, you’ve actually got a product. When they passed a little spring-topped jewelry box, closed, to one of the über-geeks, that confidential “check this shit out” moment, it wasn’t a product, it was a glyph, something there but not there, half-juggled from the Dreamtime. 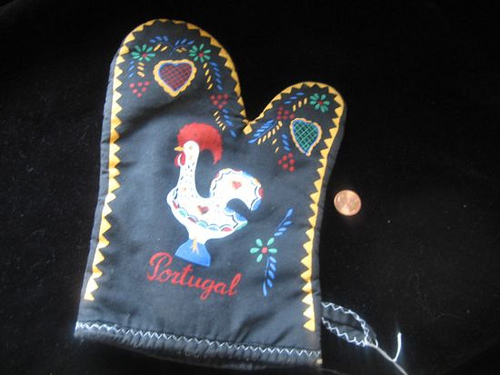 
My friend slides the glove on, reaches into the oven, but as she’s pulling the tray she loses her grip and the squash goes to the ground. I just laughed. I was drunk, and this pretty lady had already let me kiss her. What could I be upset about?

But she wore another expression. Not anger. Not pain. Bewilderment. She slipped the oven mitt off and turned it inside out. I thought she was going to rip it so I shouted, but then I saw the inside of the oven mitt. It was covered in words.

Not writing. Letters stitched into the fabric! We read the words, starting at the top, where the middle finger would reach. It read: My dearest Grace (that’s my grandmother) I hold your memory like I held your form. I feel sunlight across my body and the warmth of you. The warmth of being inside you…

Turns outs my grandmother was kind of a slut! 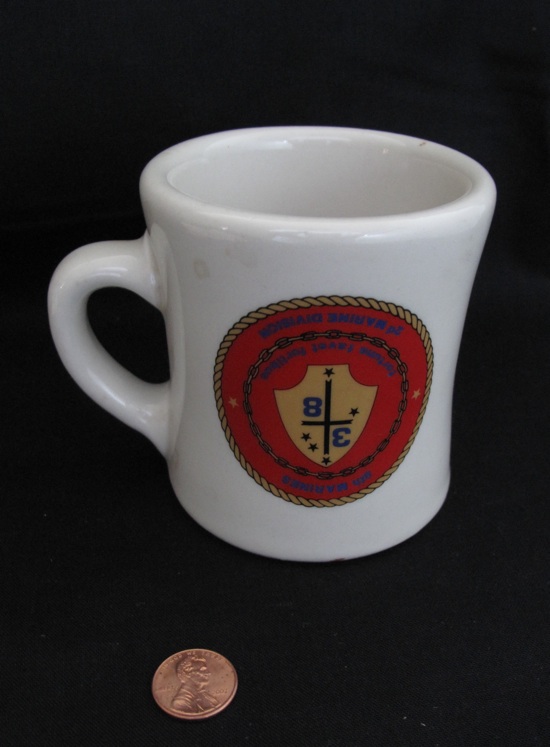 
And then the mug. It was placed in front of him, on his padded desk calendar, eclipsing March 3rd. It was a simple thing, really, the sort they ran millions of in a year, being the DOD’s favored insignia contractor. Fortuna Favet Fortibus, it read, Fortune Favors the Strong. The error was so basic, so obvious, that he wondered if there weren’t some hidden layer of complexity at work here. Privately, he allowed that one might read the mug’s form factor in two ways: The wider, curved flare made most sense as the vessel’s egress point, so the lips could comfortably adhere to the contours. And yet in some kind of drink-ware equivalent of a Necker Cube, the brain might willfully invert the mug, so that the wider end could logically seem the stable base, as with the cooling towers of Three Mile Island.