We couldn’t be more thrilled with the creative results of our contest in partnership with Slate (600+ entries), and the economic results are looking good, too: As I type, bidding on the Bar-B-Q Jar + Story by Matthew J. Wells is at a very healthy $54! But even before we had settled on a winner, we had decided that the response to our first contest justified another one. We didn’t simply want to repeat ourselves, of course, so we had to think of a new angle, a new wrinkle to add to our data set. And I’m here to announce it: The Significant Objects X SmithMag Six-Word Story Contest. 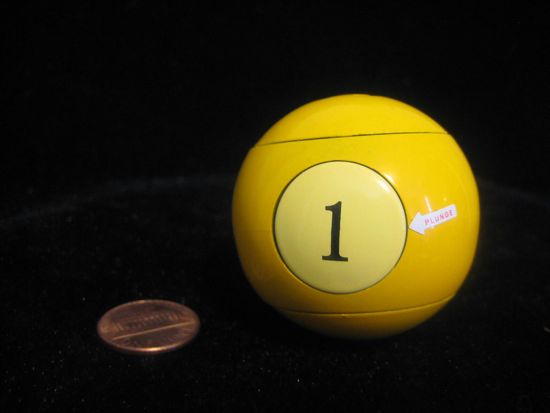 Create its Significance -- in Six Words

Maybe you’ve encountered SmithMag‘s Six-Word explorations in the past:  Inspired by a (mythical?) challenge, Ernest Hemingway supposedly concocted a meaningful short story in a mere half-dozen words (“For sale: baby shoes, never worn.”). Inspired by that, SmithMag.net challenged its readers to create six-word memoirs, leading to the best-selling book Not Quite What I Was Planning, and a series of popular follow-ups and reader challenges.

Six Words proved everyone has a story, and of course Significant Objects believes every thing has a story, too. (Hemingway’s story was, after all, about an object.) Or it can, even if you have to make one up.

So what about the object above? It’s a lighter that looks like a small pool ball. But what’s its story?

You tell us. Leave your Six-Word Significance for the above object in the comments to this post at at SmithMag.net. (Don’t leave it on this site.) The best response will be published on the Significant Objects site — and more to the point, in our eBay store. Proceeds from that auction go to to the author of the winning submission.

The deadline: Friday, November 6, 8 pm Eastern. Head over to SmithMag and enter now. 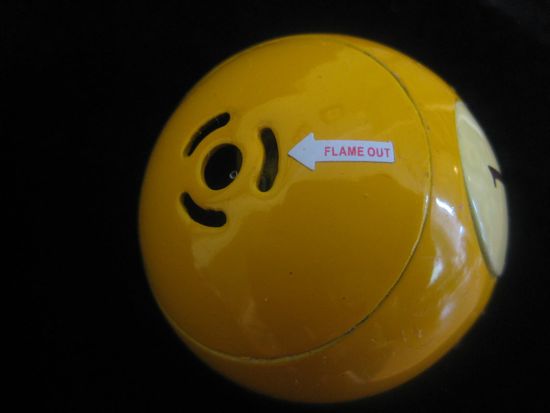