Back in mid-September, we paused to assess our list of published stories (and concluded auctions) to see which 10 objects have sold for the most money to date. In part this was to see if the exercise would help us refine our hypothesis about how narrative makes objects Significant. And in part it was because everybody loves a Top Ten List. Here is that list.

It’s about time for an update, since there have been a few changes. Here’s where we stand now (and some thoughts about what it all means, after the jump): 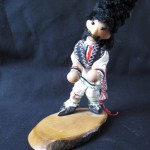 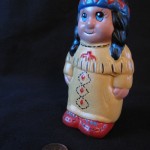 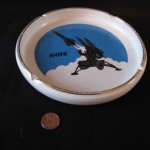 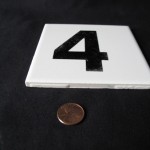 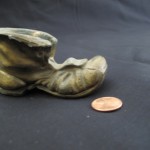 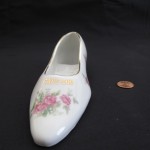 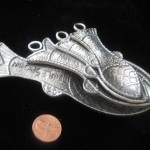 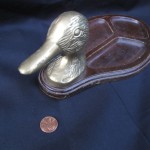 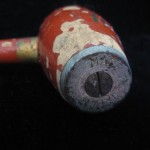 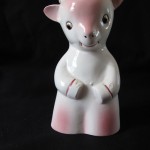 Back in September I was thinking Doug Dorst’s Russian Figure would probably be this project’s only moment of breaking the triple-digit barrier — but two of our new entries in the Top Ten have repeated that feat: R.K. Scher’s Indian Maiden, and William Gibson’s “Hawk” Ashtray. Our third newcomer to this list is Mark Doty’s Fish Spoons, the auction for which ended yesterday at $76.

Last time around Josh noted that objects from the Talisman category were more highly represented in our Top Ten than in the project in general. Scher’s Maiden is another Talisman — but Gibson’s Ashtray is a Fossil, and Doty’s Spoons are Evidence, and as it happens, the newcomers squeezed a couple of Talismans — (Rhino + Nathaniel Rich Story and Kneeling Man + Glen David Gold Story — off of this list.)

And what about the previously noted animal factor? Aside from the Rhino, Sand Animal + Sloane Crosley Story has also been bumped from the Top Ten. With only one animal-y newcomer (the Fish Spoons), the creature count in the Top Ten falls by one. The Indian Maiden joining the list, and the Kneeling Man departing, means that the representation of humans remains stable — but I think it’s obvious that the “cute” quotient goes way up, and seems intrinsic in fact to both objects in our top two slots.

Finally, I note that the “Hawk” Ashtray and the Fish Spoons join the Duck Tray + Stewart O’Nan Story as Significant Objects that could theoretically serve utilitarian functions in their new owners’ homes. But really — would you risk damage to such valuable items by actually using them?

As always, we welcome your thoughts: Why did these objects/stories sell for more than the others?